The Most Dangerous Highway in the World is inspired by a New York Times article about the real-life “Pepsi Bottle boys” of Afghanistan. Costume designer Courtney Flores tells us about her creative process and her immersion in the Afghan culture with the help of our Afghan consultant Humaira Ghilzai, and shares her beautiful costume sketches for the world premiere production.

I really wanted to capture the feel of Afghanistan in the clothing, since this is one of the tangible parts of the play to transport the audience into Afghanistan in something visible.

To do this, I looked at photo research that was centered in Kabul and Jalalabad to get a feel of the cities where these characters are from, and that captured the culture and its people. This helped in showing me as a designer how people live in these cities, how they dress, what’s acceptable, what’s not, what trends are in clothing, and how people function and use the clothing as an extension of them as a person.

Humaira played an integral part in guiding me in how the people in Afghanistan live, their history who they are as a people and their way of life. She guided me with the research as to what was authentic and true if these characters in the play were real. Without her knowledge, I would not have been able to have an accurate view of the characters and who these people are or even who they might be in real life. My working relationship with Humaira added an extra depth to the costume research, that otherwise would have been lost in only photographs and books. 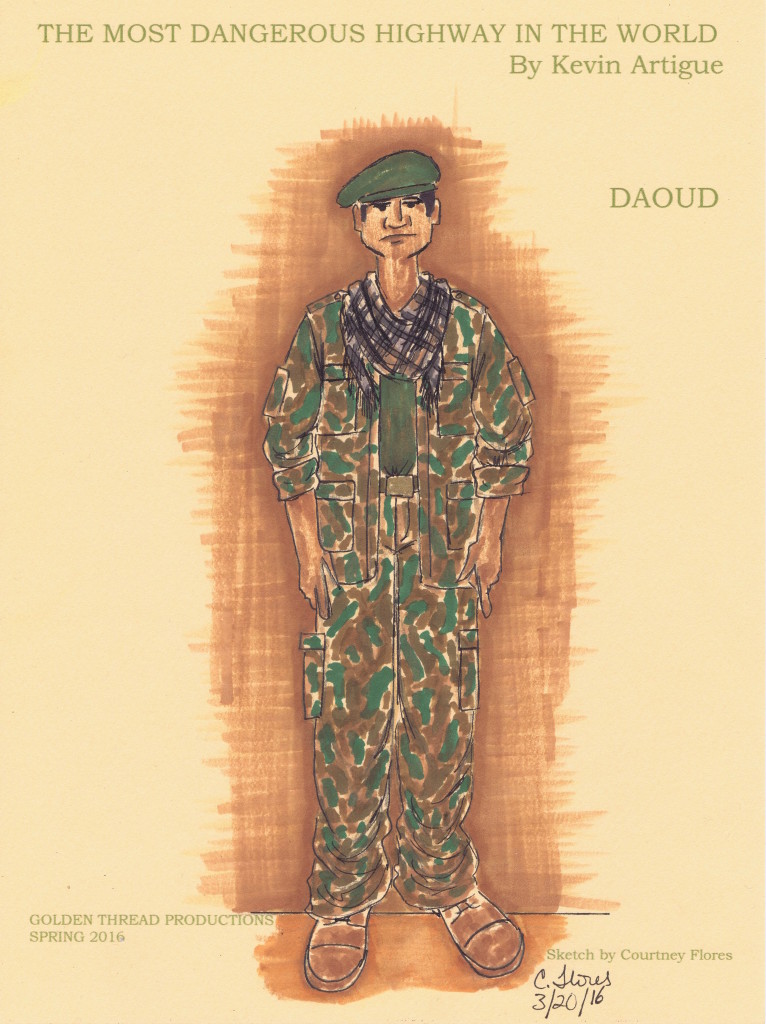 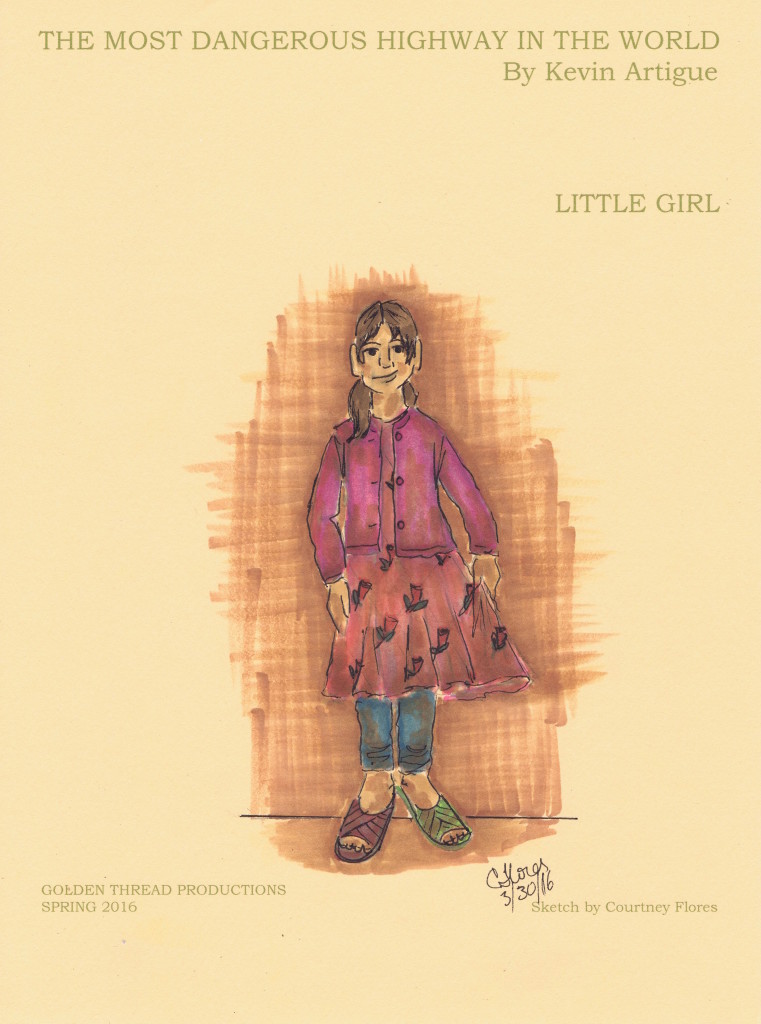 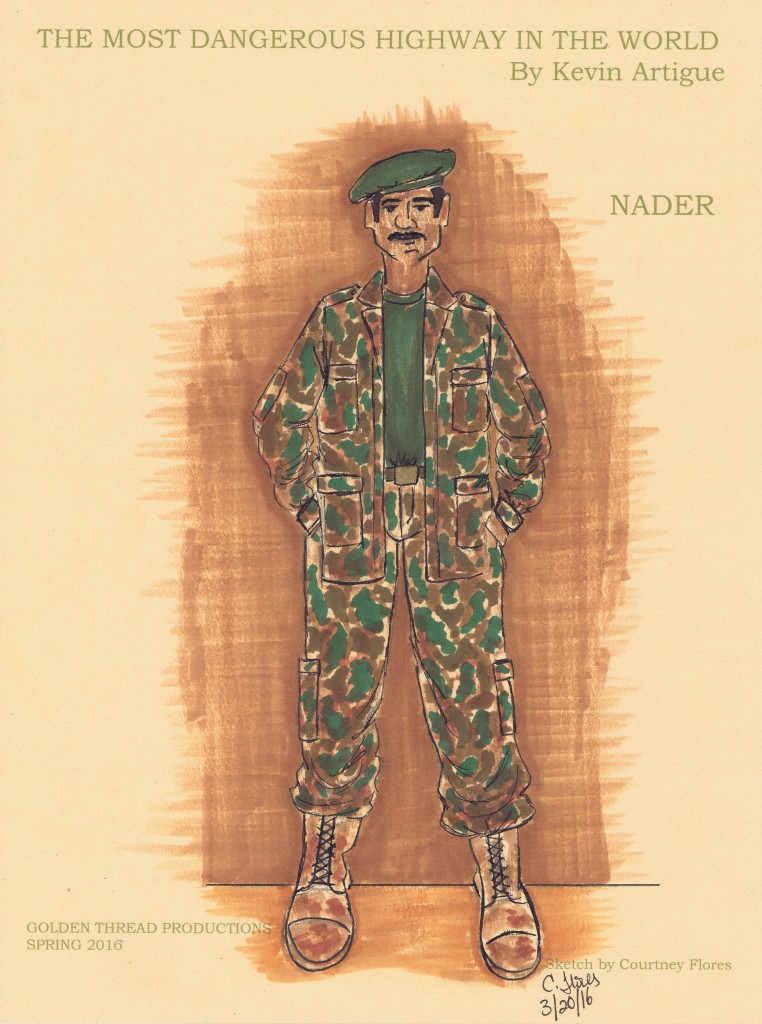 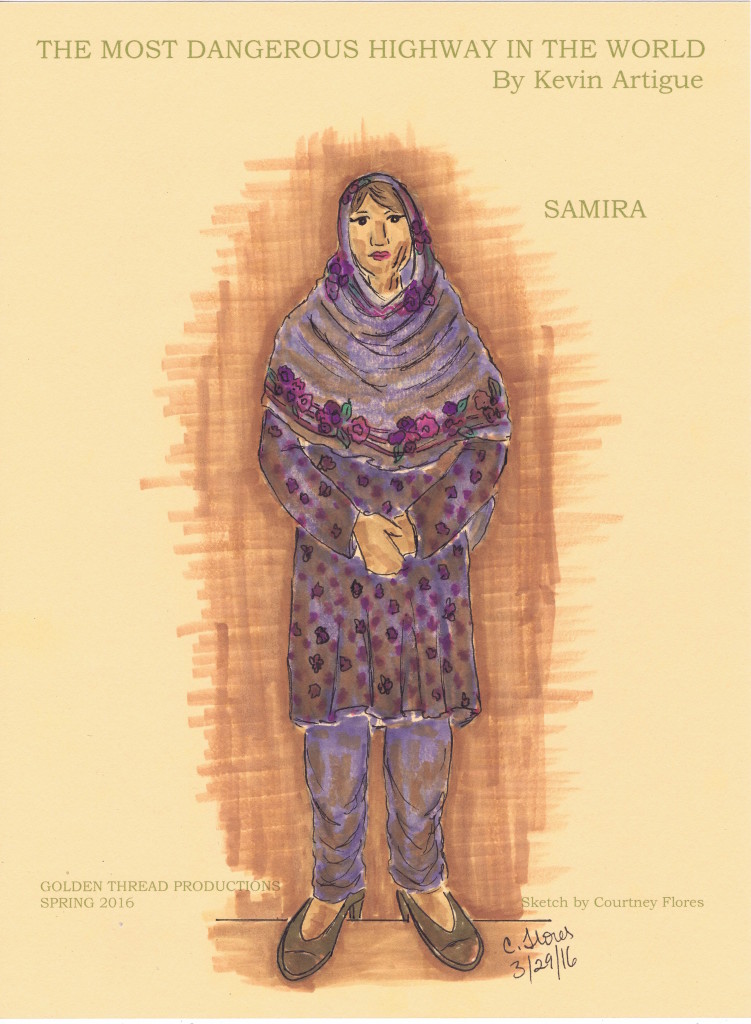 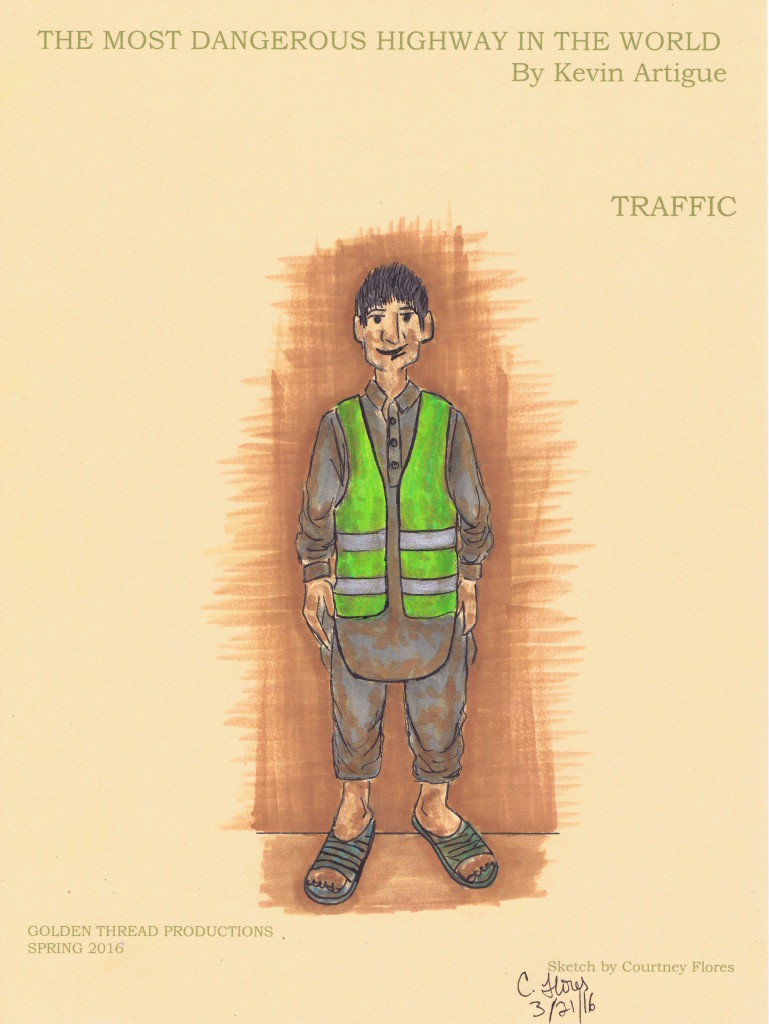 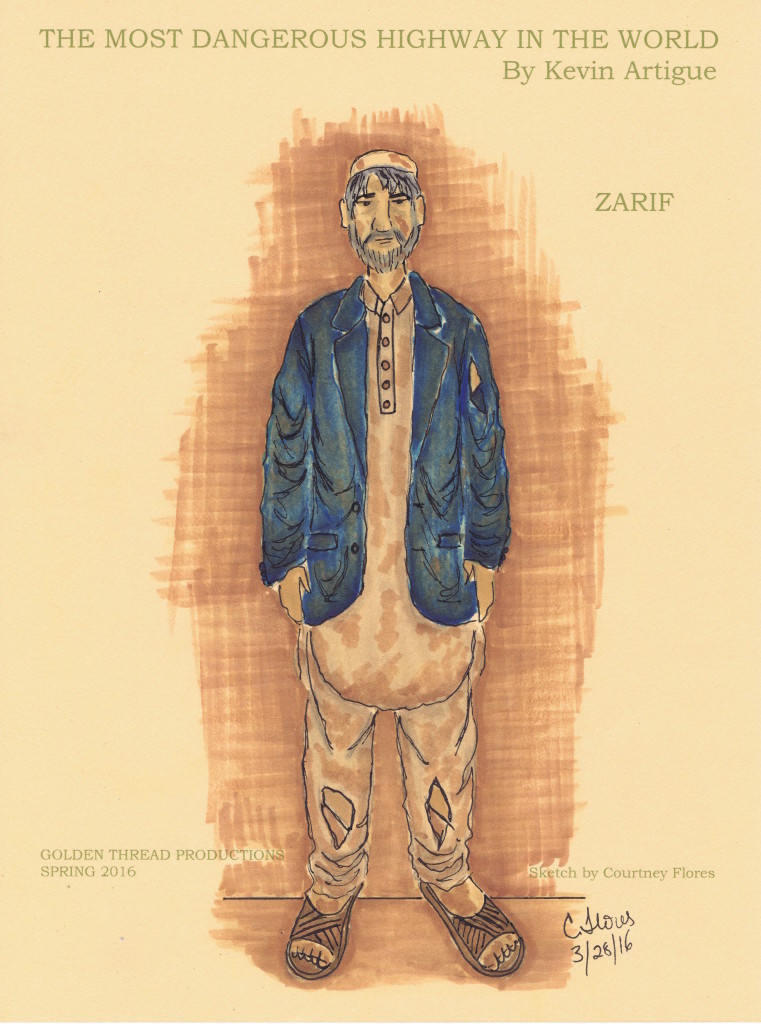 The Most Dangerous Highway in the World

MAY 6-29, 2016 at Thick House in San Francisco Thursdays–Saturdays at 8pm and Sundays at 3pm 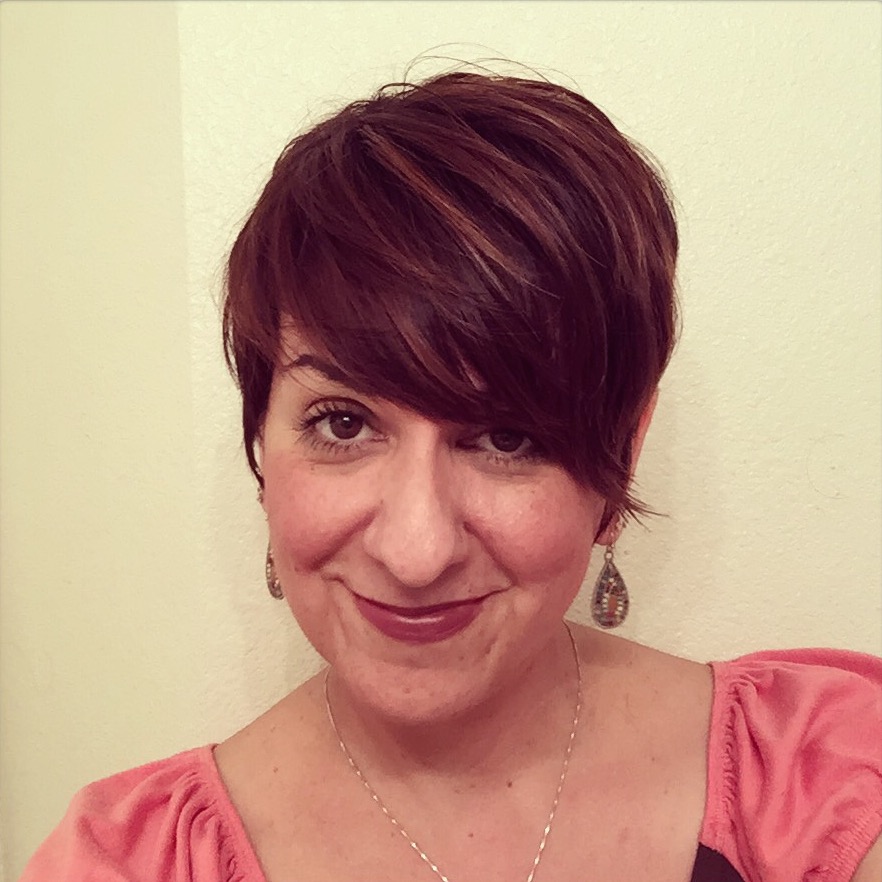 Courtney Flores is a Bay Area Costume Designer. This is her first production with Golden Thread Productions. Recent productions include: Babylon is Burning with Campo Santo at Z Space, Life Is A Dream and Superheroes at Cutting Ball Theatre, By The Way Meet Vera Stark and Skin of Our Teeth at Douglas Morrison Theatre, _Spiritrials _with Youth Speaks at Z Space, Taming of the Shrew at San Francisco Shakespeare Festival, Daylighting at Shotgun Players, and Chasing Mesherle at Intersection For The Arts.