What does the title “Arab American” mean to you as a playwright?  How does that identity manifest itself in your work?

The “New World” has a tendency to want to identify the origins of the immigrants who come to its shores. There appears to be two contradictory impulses: one is, Forget where you come from and become an American (with all the implicit values that come with that homogenizing label); the other is to ask, “But where do you come from?” A lot of my plays tend to explore that tension: The impulse of the immigrant who wants to reinvent themselves and assimilate. But then finding the baggage they brought with them from the “Old World” can not be so easily discarded. Either because fingers are pointed at them that make them feel very self-conscious of their “Old World” links, or because they can’t let go.

When they do try to assimilate, some immigrants are made to feel too foreign, even inimical to the values of their adopted countries. Usually because their adopted country is in an overseas crisis with their “country of origin”. These immigrants may want to discard their hyphenate. But the culture around them in various ways is insisting on coupling them with their race and religion, even as that same culture is urging them to discard those links and assimilate.

Arab and Muslim Americans are the recent waves of immigrants who are dealing with these tensions.  It almost feels like an American rite of passage for different immigrant groups to go through gauntlet of suspicion before there is grudging acceptance.

Your play Our Enemies: Lively Scenes of Love and Combat seems to address the notion of “real” and “fake” Arabs.  Why did you feel the need to address such a dichotomy in the play?

This “fake”/ “real” dichotomy alludes more to what the media does when it elevates someone from a particular racial or religious group to become a “spokesperson” for that group. They are presented as an “authentic” voice that speaks for the majority of that group, when often that is not the case. Also, one sometimes finds that the mainstream media will either present a “straw dog”, someone from that racial/ religious group who scares the mainstream with their views and reinforces the stereotypes of that group; or, the mainstream media will put-forward someone from that group who not only doesn’t challenge those stereotypes, but heavily criticizes the values and traditions of their own group, thereby reinforcing the mainstream culture’s prejudices towards that group. This is how Gamal interprets what Mohsen is doing.

Noor laments the fact that publishers want “the woman unveiled memoir” that highlights the “terrible travails of the put-upon Arab female.”  It seems that one either writes what is marketable or one isn’t published.  How do you feel this dichotomy affects Arab American writers struggling to find their niche in the literary marketplace?

Unfortunately,  perceptions aren’t easily altered. There are certain dominant narratives that run through any culture, and the narratives that play out in the West about Arabs and Muslims are very negative. These dominant narratives dictate how culture is produced and consumed. It becomes a challenge to introduce more nuanced and layered narratives about Arabs and Muslims into a culture that still continues to flatten out whole peoples into stereotypes. Arab Americans, and Muslim Americans, face an uphill battle simply because of the staying power of these negative narratives. 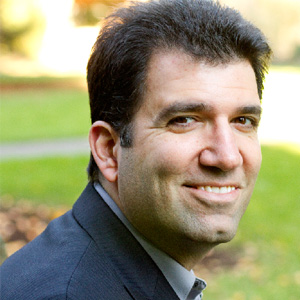 Michael Malek Najjar is an assistant professor of Theatre Arts at the University of Oregon. His publications include Arab American Drama, Film and Performance: A Critical Study, 1908 to the Present and _Four Arab American Plays: Works by Leila Buck, Jamil Khoury, Yussef El Guindi, and Lameece Issaq & Jacob Kader. _He serves on the advisory board of New Arab American Theater Works and Arab Stages.