Two childhood friends, one Jewish and one Muslim, find themselves estranged and on opposing sides after the 1979 Revolution. Propelled by world events and against a backdrop of an imminent US invasion of Iran , they agree to a secret meeting in a Benedictine monastery in Rome to negotiate a price for safety and freedom.

Benedictus explores how the relationship among Iran, Israel, and United States is impacting the world. The work began in the summer of 2005 as the Iran/Israel/US Project, with a two-week residency at Siena College in upstate New York and has continued over the past two years. Given the impossibility of meeting in Iran and the complexities of meeting in Israel, these artists are working in the US to create collaborative theatre in the midst of escalating political conflict amongst their home countries. The piece created offers an opportunity to engage non-violently and creatively with the historical, social, religious and aesthetic dimensions of this crucial inter-relationship.

After its world premiere in San Francisco, this production of Benedictus will be remounted at The Los Angeles Theater Center, Jose Luis Valenzuela artistic director.

Interviews with Radio Farda in Farsi.

Mahmood Karimi-Hakak is the Artistic Director of Mahak International Artists Inc. and a Professor of Creative Arts at Siena College, has written, produced, directed, designed and/or acted in over 50 stage and screen plays in the U.S., Europe and his native Iran. His plays and films have received international acclaim and awards at such festivals as Edinburgh, Netherlands, Berlin, Delhi, Montreal, New York, Ft. Lauderdale, Palm Springs, Maryland and Tehran. A recipient of the 2005 Raymond C. Kennedy Award, Dr. Karimi-Hakak’s literary credits include five plays, two books of poetry, several translations from and into Persian and numerous articles and interviews both in English and Persian. Prior to his tenure at Siena, he taught theatre in Belgium, Germany and his native Iran, as well as CUNY, Towson and Southern Methodist Universities here in the U.S. and served as Artistic Director of Community of International Artists (CIA), Forough Ensemble (FE) and Creative Arts Street Theatre (CAST). 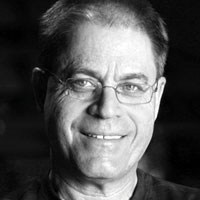 Motti Lerner is a widely known and internationally sought after contemporary Israeli playwright, screenwriter and scholar. His critically acclaimed plays have consistently sought to open up public discourse on the complex reality of Israeli life and offer alternatives to consensus views. His film script Spring 1941 is currently in production with Joseph Fiennes in the title role. Motti has received several awards for his writing including the Meskin Award for the best play (1985), and the Israel Motion Picture Academy award for best TV drama in 1995 and in 2004. He frequently lectures at European and American Universities on playwriting, Israeli theatre and the Israeli-Palestinian conflict and is actively involved in the peace movement in Israel. His American productions include: Pangs of the Messiah at Theatre J in Washington DC, The murder of Isaac at Centerstage Theatre, Baltimore, and also as part of the New York Now festival at Public Theatre in NY, Exile in Jerusalem, Hard Love,Passing The Love of Women, Coming Home (Golden Thread Productions, 2003) and Autumn. He has served as writer in residence at The Centre for Postgraduate Hebrew Studies in Oxford and as a visiting professor at Duke University. In 1994, he was awarded the Prime Minister of Israel Award for Writers. He has also participated at the International Writers Program at the University of Iowa. He currently teaches Political Playwriting at Tel Aviv University. 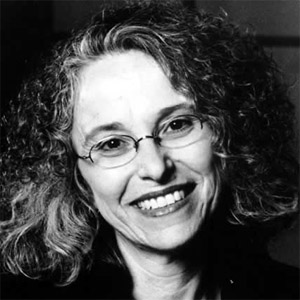 Roberta Levitow has directed over 50 productions in NYC, LA and nationally, with a particular expertise in developing original writing and new work. She is co-founder of Theatre Without Borders, an informal group supporting international theatre exchange at www.theatrewithoutborders.com. With TWB, Roberta is working with Dr. Cynthia Cohen and Coexistence International at Brandeis University as part of a “Theatre & Peace Building Initiative”. She has led several workshops on an international level, and has served as a Fulbright Senior Specialist at the National University of Theatre & Film in Bucharest, Romania, as well as a Fulbright Senior Specialist Artist-in-Residence at the Chinese University of Hong Kong. She has received several international awards and honors for her work in experimental theatre and theatre workshops, and was the American Honoree at the 15th Cairo International Festival for Experimental Theatre, 2003. Her accomplishments and writings have been featured in The New York Times and American Theatre Magazine and several international publications and collections. Participation in national service organizations includes Peer Panel for the N.E.A., the Executive Board of SSDC (The Society of Stages Directors and Choreographers) and the Executive Board of TCG (Theatre Communications Group). Visiting Professor at Bennington College from 2000-2005, she taught from 1990-2000 as an Adjunct Associate Professor in the Theatre Department at U.C.L.A.

Daniel Michaelson has created costumes and scenery for Opera, Dance, Off-Broadway and regional theatres. He designed scenery and costumes for the American premiere of L’Etoile (Chabrier), and costumes for the American premiere of The Goose of Cairo, (Mozart) and, for the highly acclaimed production of Spring Awakening directed by Liviu Culei at the Public Theater. Outside of the United States his designs have been seen in England and Japan. Danny has been the Resident Costume Designer at the Juilliard School as well as a Muppet maker. He holds an MFA from Columbia University School of the Arts and has been on the faculty of Bennington College since 1981 teaching Costume Design. Danny is also a professional mediator, and with Bennington College faculty member, Susan Sgorbati,, co-directs Quantum Leap, a program they created for youth at risk in Bennington. Danny has given presentations and workshops both nationally and internationally about Quantum Leap and the use of performance with students at risk.

Torange Yeghiazarian is an Iranian-born theatre artist of Armenian heritage. She writes, directs and performs for theatre. Among her writing and directing credits are AGABA, Publicly Resting, Call Me Mehdi, Behind Glass Windows, Dawn at Midnight, Operation No Penetration, Lysistrata 97! and Waves. Torange received her Master’s degree in Theatre Arts from San Francisco State University where she collaborated with The San Francisco Mime Troupe in creating the melodrama Torch! Her plays reflect the perspective of the culturally displaced in tackling today’s world of contradictory realities and values. As a teaching artist, Torange has taught playwriting to at-risk youth as part of the Each One Reach One program, incorporated theatre into social studies in Richmond’s Washington Elementary School as part of East Bay Center for Performing Arts’ Learning Without Borders program, and lead acting and play development workshops for Golden Thread Productions. She is the Artistic Director of Golden Thread Productions, where she has devoted her professional life to exploring Middle Eastern cultures and identities through theatre arts.

Al Faris*, most recently guest starred on *The Unit* at the invitation of the creator of the show, Mr. David Mamet. His credits also include a recurring guest role on *24* and guest star roles on *The Shield, Sleeper Cell, JAG, NYPD Blue*, and *Malcolm in the Middle*. His feature film credits include David Mamet’s *Spartan*, Vadim Perelman’s *House of Sand and Fog*, *Jarhead* directed by Sam Mendes, and *Ocean’s Twelve* directed by Steven Soderbergh. An Egyptian born Arab-American actor, Al’s most recent starring role in the indie feature *AmericanEast*- a timely, poignant drama about Arab-Americans living in post-9/11 Los Angeles – will be in competition at the Cairo International Film Festival and the Hamptons International Film Festival. His most recent stage appearance prior to *Benedictus* was in the role of Akhmed in the Moscow Arts Theatre production of the *The Shelter* at the Odyssey Theatre in Los Angeles which was nominated for five Ovation Awards, including Best Ensemble.

Ali Pourtash*, a renowned Iranian actor, has performed since age fourteen. He has been a part of numerous Iranian and American TV, theatre and film productions since he came to the US in 1978. Ali has written, directed and produced a number of stage and TV productions. He has traveled his work around the world. Ali lives with his American wife, Melinda, and their two sons in San Diego.