An Inquiry into Cultural Relativism 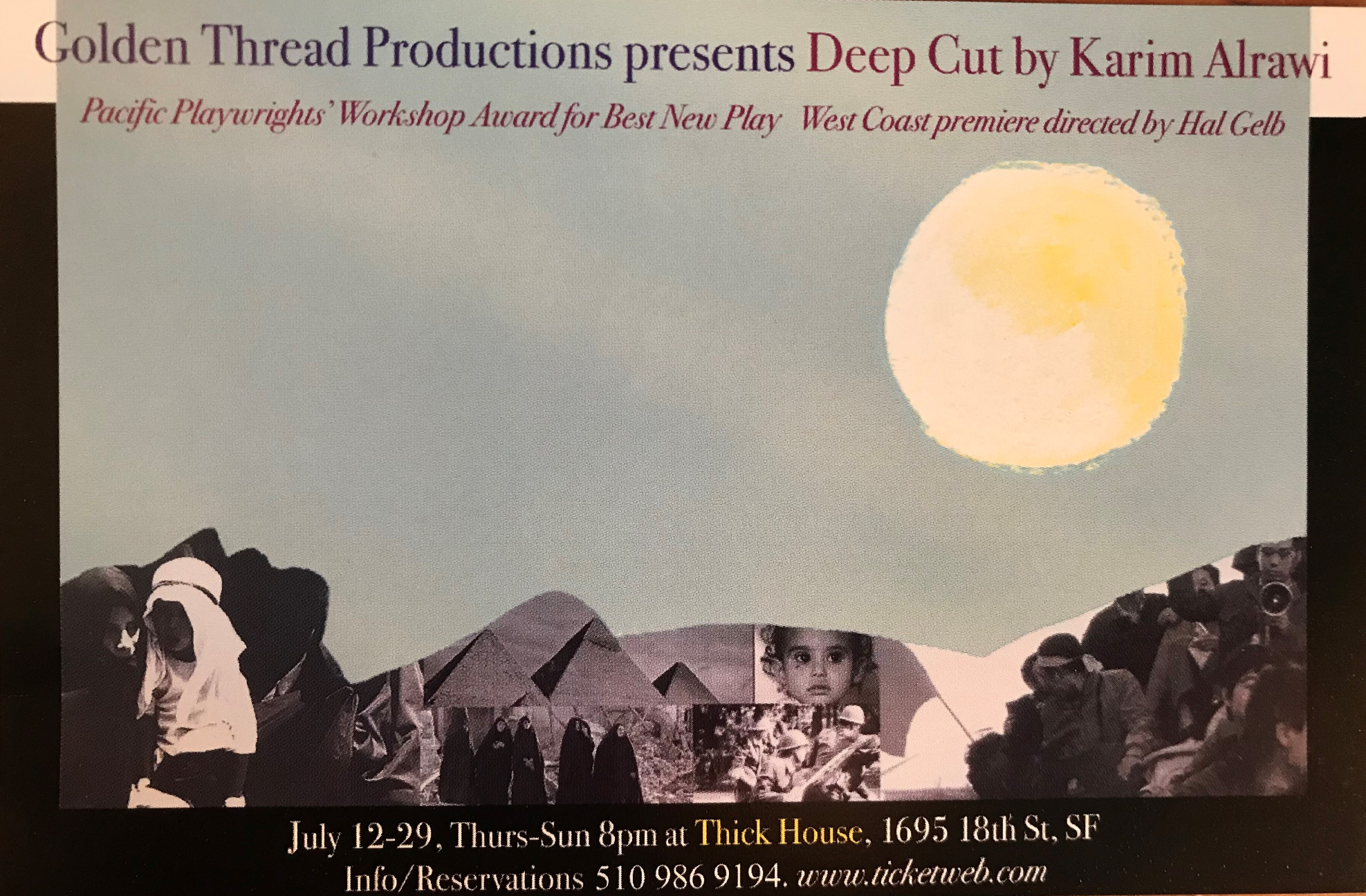 Andrew, a liberal American psychiatrist, and Jennifer are a bit anxious about announcing their engagement to Farah, Andrew’s estranged daughter from his first marriage to an Egyptian woman, Nadia who passed away several years ago. Farah is frustrated in an unhappy marriage and has recently learned through therapy that she was circumcised at the age of eight. Farah is shocked by the discovery that her father consented to her circumcision. When she asks why he did nothing to stop it, Andrew explains that it was out of respect for her mother’s culture. As someone who is intensely aware of the horrors that have resulted when one culture imposes its will on another, Andrew firmly believes that it would have been wrong of him to impose his own beliefs on the traditional practices of his wife’s culture. A wider context is brought to bear on the stormy conflict by a young Chinese surgeon and patient of the psychiatrist’s who was tortured during the events at Tiananman Square.

Karim Alrawi was born and brought up in Egypt. When he was thirteen his family moved to England. After graduating from university Alrawi started writing plays for the British stage. His several productions include plays at the Royal Court Theatre and the Theatre Royal Stratford East. Returning to Egypt to teach at the American University in Cairo Alrawi became active
in the Egyptian Organization for Human Rights. After moving to North America seven years ago Alrawi has had productions at a number of theatres in Canada and the US including Killing Time and Chagall’s Arabian Nights, produced at Meadow Brook Theatre where he previously served as literary manager. Several of his plays have won major national and international awards including The John Whiting, The USA Today, and the Canadian Theatres' National Playwriting Awards. Currently Alrawi is the editor of Arabica, a bimonthly magazine for and about the Arab community. His children’s story The Girl Who Lost Her Smile was recently published.

Hal Gelb has worked in theatre, television, print media, multimedia and documentary film as director and writer. Among the plays he has staged are Betrayal (Pinter), Knuckle (David Hare), The Road to Mecca (Fugard), Six Degrees of Separation (Guare), Three Cuckolds (Comedia) andThe Maids(Genet). His production of Today a Little Extra at the One Act Theatre was named one of the three best of its season by the San Francisco Examiner. He also staged the world premiers of Murray Mednick’s The Pitch at Intersection and James Schevill’s The Last Romantics for California on Stage and directed Ed Bullins’ Salaam, Huey Newton, Salammfor Bullins’ BMT Theatre and Jessica Litwak’s Emma Goldman for Class Forces Theatre. Gelb directed his own translation of The Misanthrope and was one of a group responsible for the R.G.Davis/Samuel French version of Dario Fo’s We Won’t Pay! We Won’t Pay!Most recently, he directed the English language premier of Iranian exile Ghazi Rabihavi’sVoicesas part of Golden Thread Productions’ ReOrient, A festival of Short Plays (2000). It was Gelb’s efforts that turned Theatre Bay Area from an organization solely serving individual artists and technicians into an organization that supports both individual and theatre companies. He has been the West Coast theatre critic for The Nation.