We’re thrilled to announce the long awaited U.S. Premiere of The Language of Wild Berries by Naghmeh Samini in a new English-language translation by Torange Yeghiazarian.

Donya and Davood celebrate their wedding anniversary by traveling to the same sea side town where they spent their honeymoon. But on this trip, their 10th anniversary, a mysterious young man is following them. Who is he? What does he want? Trying to solve the mystery of the young man throws Donya and Davood into a time warp recalling their past nine anniversary trips. They remember what they have forgotten. But will that be enough to save their marriage? The past, present, and future collide in Naghmeh Samini’s touching play, offering a rare glimpse into the lives of contemporary Iranians.

In 2020, Golden Thread’s planned production of The Language of Wild Berries was postponed due to the coronavirus and we produced an audio recording of the play instead. Watch the very first episode of our digital series NO SUMMARY: Conversations with Artists Who Don’t Fit in a Box, which featured Naghmeh Samini and Torange Yeghiazarian in conversation on October 7, 2020, to learn more.

In September 2022, our 17th episode of NO SUMMARY: Conversations with Artists Who Don’t Fit in a Box features the cast of our 2022 production: Zaya Kolia, Damien Seperi, Dina Zarif.

Golden Thread is a fully vaccinated company. All patrons must present proof of full vaccination, along with a matching photo ID, and be masked for entry to all in-person events.

Per CDC guidance, we encourage the use of procedural masks (either alone or with a cloth mask on top) or a higher grade N95 or KN95 mask instead of cloth masks alone. Masks must be worn at all times in all areas of the theatre.

Seating is currently general admission with no reduction in capacity. Advanced purchase or registration is advised. 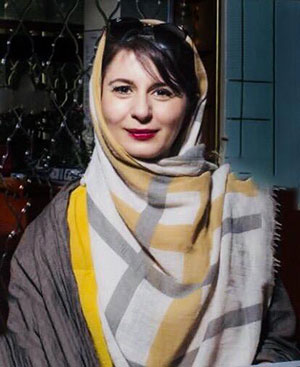 Naghmeh Samini is an award-winning playwright, scriptwriter and Assistant Professor in Dramatic Literature at the Faculty of Music and Performing Arts, University of Tehran. Her plays including Sleeping in an Empty Cup, Sky Horses Rain Ashes, Making Faces, and The Home (Best Playwright, 2008) have been staged in Iran, France, India, Canada, and the United States, among others. She is the recipient of several awards for her screenplays, notably by Yass Festival in 2016 for the popular television series, Shahrzad. UNESCO selected Samini’s play The King and the Mathematician: A Legend (2012), inspired by a story in the One Thousand and One Nights, as one of the cultural achievements of the year. Samini’s research into Iranian mythology has yielded several publications, notably The Theatre of Myths selected as Best Book of the Year in Iran in 2010, and Battles and Bodies (Tehran: Ney, forthcoming 2019) an examination of the semiotics of human body in post-war Japanese cinema. Naghmeh was born in Iran and holds a BA in Drama and a Masters of Arts in Cinema from the University of Tehran. Her PhD thesis at the University of Tarbiat Modarres in Tehran focused on Drama and Mythology.

Torange Yeghiazarian is the Founding Artistic Director of Golden Thread Productions, the first American theatre company focused on the Middle East where she launched such visionary programs as ReOrient Festival, New Threads, Fairytale Players, and What do the Women Say?, and timely initiatives such as Islam 101 and Project Alo? Torange has been recognized by Theatre Bay Area and is one of Theatre Communication Group’s Legacy Leaders of Color. She was honored by the Cairo International Theatre Festival and the Symposium on Equity in the Entertainment Industry at Stanford University. A playwright, director, and translator, Torange contributed a case study chapter to “Casting a Movement”, forthcoming from Routledge, 2019. Her translation and stage adaptation of Nizami’s “Leyla & Majnun” is published on Gleeditions.com. She has been published in The Drama Review, American Theatre Magazine, AmerAsia Journal, and contributed to Encyclopedia of Women & Islamic Cultures and Cambridge World Encyclopedia of Stage Actors. At Golden Thread, Torange directed OH MY SWEET LAND by Amir Nizar Zuabi, and the premieres of OUR ENEMIES: LIVELY SCENES OF LOVE AND COMBAT and SCENIC ROUTES by Yussef El Guindi, THE MYTH OF CREATION by Sadegh Hedayat, TAMAM by Betty Shamieh, STUCK by Amir Al-Azraki, VOICE ROOM by Reza Soroor, and adapted the poem, I SELL SOULS by Simin Behbehani for the stage. Torange was a member of the artistic team that developed BENEDICTUS, a collaboration among Iranian, Israeli, and American artists. She received a Gerbode-Hewlett Playwright Commission Award for ISFAHAN BLUES, a co-production with African American Shakespeare Company, and a commission from the Islamic Cultural Center of Northern California to write THE FIFTH STRING: ZIRYAB’S PASSAGE TO CORDOBA. Other plays include 444 DAYS, WAVES, and CALL ME MEHDI, included in the anthology “Salaam. Peace: An Anthology of Middle Eastern-American Drama,” TCG, 2009. Born in Iran and of Armenian heritage, Torange holds a Master’s degree in Theatre Arts from San Francisco State University. 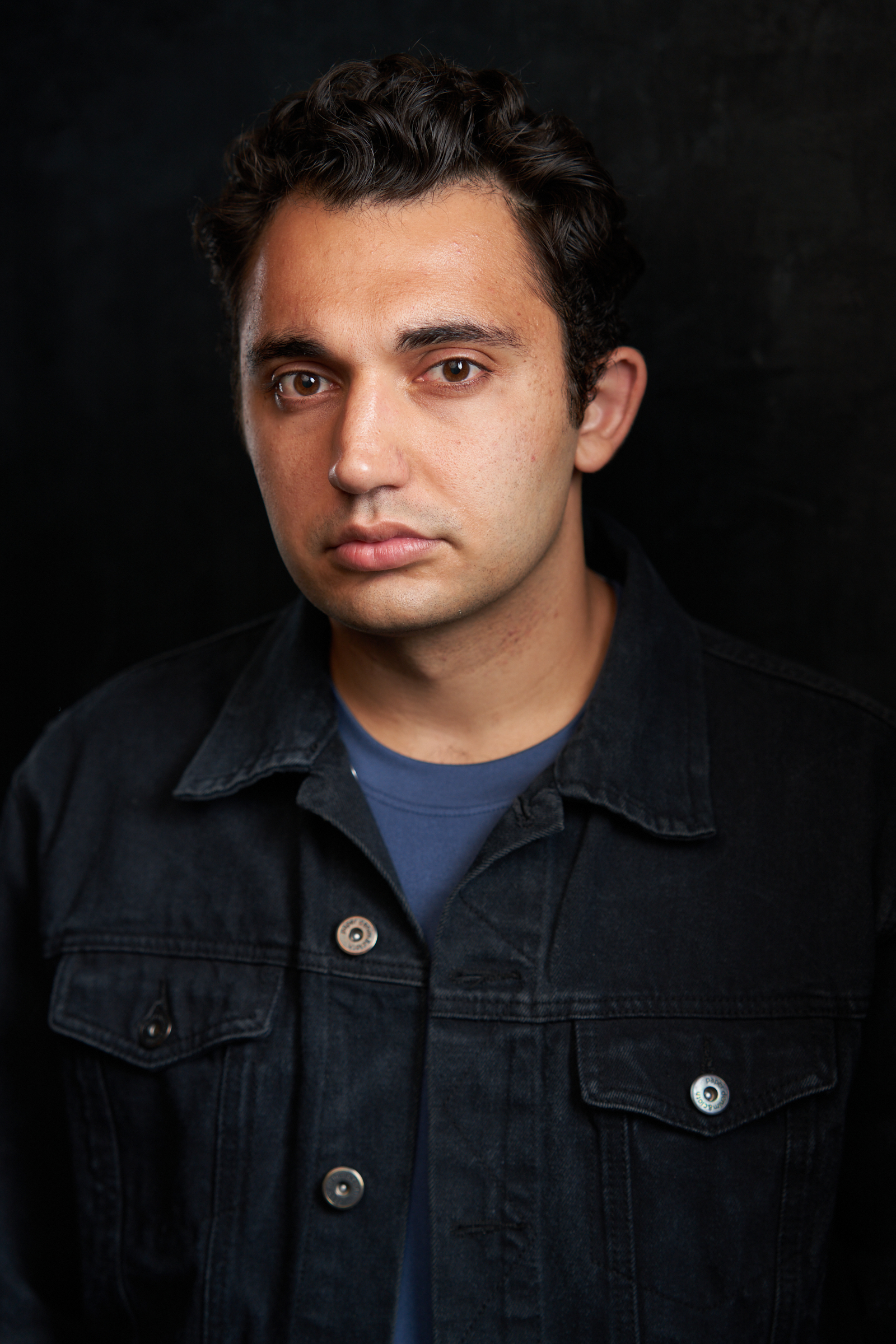 Zaya Kolia is an Assyrian Bay Area native. He received his Bachelor in Fine Arts in Acting from the Academy of Art University where his credits include Flan in Six Degrees of Separation, Joshua and Martin in Cloud Nine, Barnett in Crimes of the Heart, Aldolpho in The Drowsy Chaperone and Kevin Rosario in In the Heights. Other credits include Frank Jr. in Saturday Night Fever at Broadway by the Bay, The Wizard of Oz at Berkeley Playhouse, Khadim in The North Pool at Bread & Butter, The Captain in Anything Goes at Hillbarn Theatre, Ludovic and Augenti in Passion, Harry and Martin in Cloud Nine both at The Custom Made Theatre Company, Azad in On the Periphery with Golden Thread and Crowded Fire Theatre Company, Tiny Beautiful Things at Los Altos Stage Company and most recently Guys and Dolls at Peninsula Ballet Theater as Sky Masterson. He just participated in the Hollywood Fringe Festival and a tour of Romeo and Juliet! Zaya is very excited to share this very important story with you all! 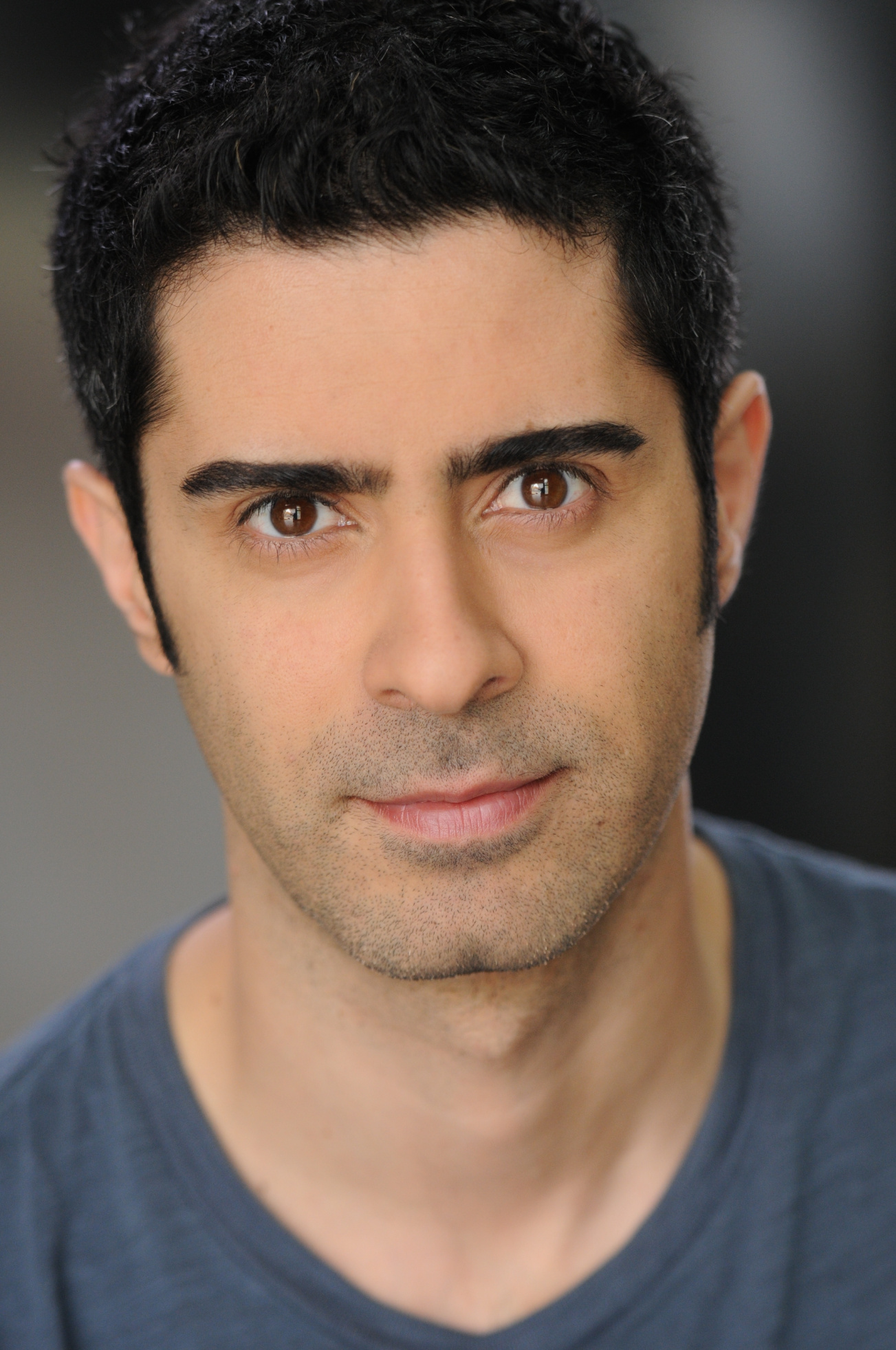 Damien Seperi is a San Francisco Bay Area local actor with over a a dozen theatre credits. He was last seen with Golden Thread as Saïd in Autobiography of a Terrorist. Damien has also performed with San Francisco Shakespeare, Marin Shakespeare and off Broadway West. He would like to give a big thanks to the cast and crew of this quaint production and to all supporters of the arts. 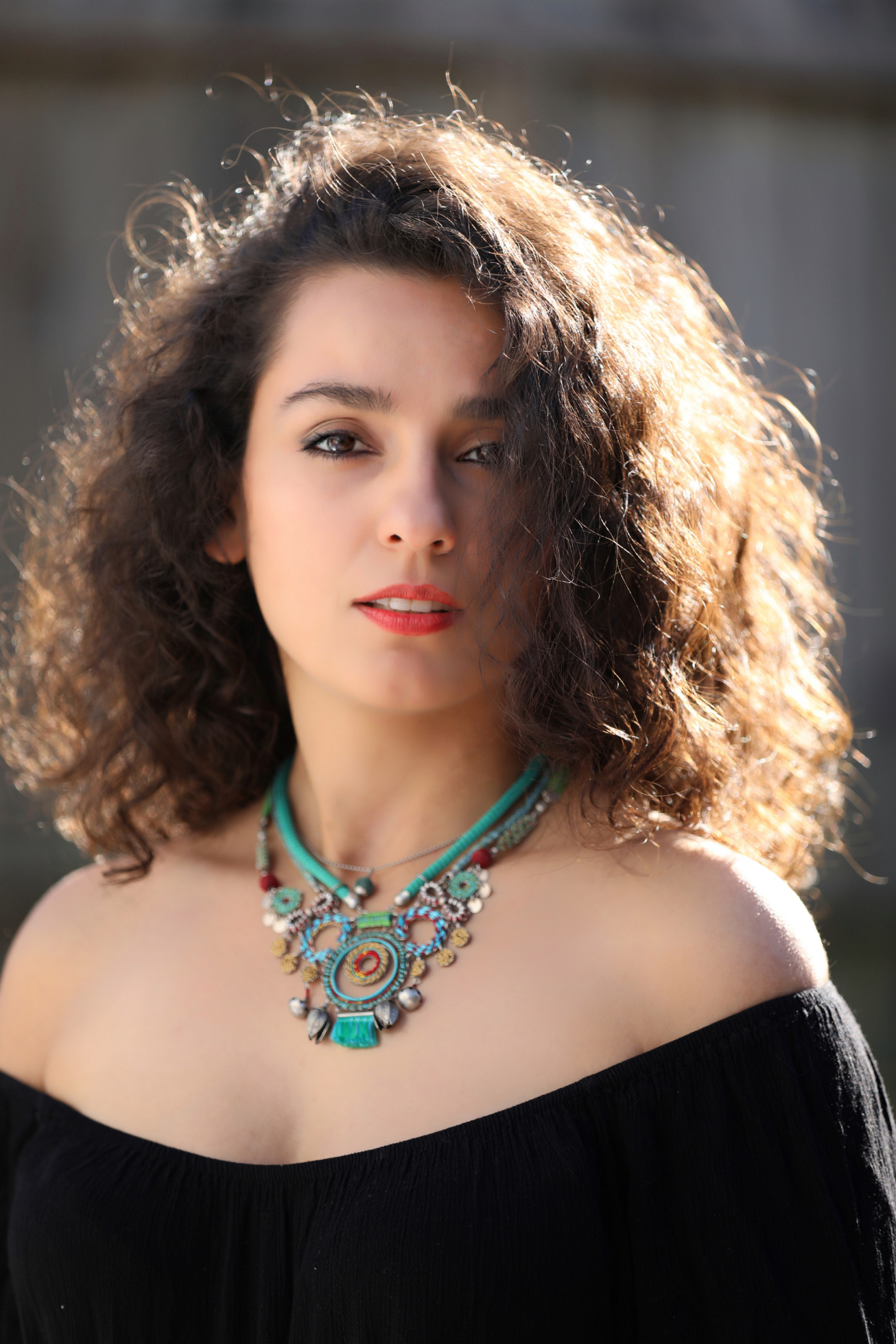 Born and raised in Iran, Dina Zarif is a San Francisco based multidisciplinary performing artist, designer, curator and art activist.

As an actress, Zarif has worked and trained under Bahram Beyzai, the critically acclaimed Master at Stanford Iranian Studies Department and appeared in Ardaviraf’s Report, as the role of Dancer/Singer in Tarabnameh musical, and the Nurse in Crossroads. She is proud to play the title role Marjan in the current Beyzai production, Dash Akol According to Marjan. She performed as Leyla with Golden Thread Productions in the Leyla & Majnun staged reading, opening for the world premiere of the Mark Morris Dance Group and Silk Road Ensemble collaboration at Cal Performances.

She is the title role of the full length feature film “MITRA” 2021, which was premiered in International Film Festival Rotterdam in February 2021. She was the shadow actress, Princess Roudabeh, as well as costume designer in the Cinematic shadow play Feathers of Fire, a Persian Epic. This received the 2019 UNIMA award for excellence in live performance and design which had more than 100 performances nationally and internationally. As a singer she combines western classical singing with Middle Eastern styles inspired from her Persian roots to develop her unique sound. Some of her vocal credits include Brava Theatre, Yerba Buena Gardens Festival, SF International Arts Festival, Palace of Fine Art and Asian Art Museum.

Dina is the Artistic and Managing Director at Red Poppy Art House which is an incubator for artists of multiple disciplines in San Francisco. Dina received her MA in Landscape Architecture from the University Of Tehran, College Of Fine Arts.

Golden Thread thanks the Sam Mazza Foundation, the William and Flora Hewlett Foundation, and the Doris Duke Charitable Foundation for their support.

Golden Thread is a resident company of Potrero Stage, operated by PlayGround. This production is made possible in part through the Potrero Stage Presenting Program.