We Swim, We Talk, We Go to War

Dive into the murky waters of family, identity, and politics

While trying to navigate the currents of the Pacific, an Arab-American woman and her nephew, who has enlisted in the military, dive into the murky waters of family, identity, and politics. Adventurous and playful, We Swim takes the form of a literal conversation on stage, and expands into a nuanced dialogue about what it means to be American, Arab, and Arab-American at our current moment in time. Lebanese-American writer Mona Mansour returns to Golden Thread for her fourth production — her most ambitious and personal to date.

The play offers its audience an opportunity to examine America’s relationship with its military, as well as its growing Middle Eastern immigrant population. It blurs the lines between ‘us’ and ‘them,’’ and presents a provocative exploration of the tragic and indelible ripples of war.

This production runs 75 minutes with no intermission.

HIGHEST RATING! “A unifying cleanse… Mansour’s disarmingly naturalistic dialogue helps make these seismic structural shifts work. Over and over again, you might find yourself thinking, ‘Wow, this is how people actually talk’ — not to stoke drama for some playwright’s convenience, but to hedge, to test boundaries, to pursue what they want, and then to placate, to retreat, to regret.” —Lily Janiak, San Francisco Chronicle (read full review)

“We Swim has an off-handed beauty… Its pleasures are engaging in ways that political theatre rarely is.” —John Wilkins, The Free Audience

“Excellently choreographed… Odcikin’s direction is to be commended.” —Carol Benet, For All Events

“Working on a bare-bones unit set designed by Kate Boyd and enhanced by Mona Kasra’s projections, Odcikin has done an impressive job of shaping the conversations.” —George Heymont, My Cultural Landscape

Have you ever tried swimming on stage? We have. Assistant director Hala Baki takes you behind the scenes as the We Swim creative team tackles this fun theatrical challenge.

Fairuz: The Voice of Home

The beloved Lebanese singer Fairuz’s music plays an important part in We Swim. ASWAT Ensemble soloist Rana Mroue explains the historical importance of this artist in the Arab world.

Backstage Musings: We Swim Actors Reflect on the Play

The cast of the world premiere discuss the play and their development and production experience.

A gulf between a family in Golden Thread’s We Swim, We Talk, We Go to War

Jean Schiffman names We Swim one of her November picks for theatre.

Commissions with a Mission: To Create a Middle Eastern American Plays

Director Evren Odcikin interviewed playwright Mona Mansour in advance of an earlier workhop of this play at the Lark in New York City.

This is Mona Mansour’s fourth production with Golden Thread, where she is a Resident Artist. The Vagrant Trilogy was recently produced at the Mosaic Theater in D.C., directed by Mark Wing-Davey. Of the trilogy, The Hour of Feeling premiered at the Humana Festival (directed by Wing-Davey), and a new Arabic translation was presented at NYU Abu Dhabi as part of its Arab Voices Festival; Urge for Going was produced at the Public Theater (directed by Hal Brooks) and at Golden Thread (directed by Odcikin); The Vagrant was workshopped at the Sundance Theater Institute. Other plays include The Way West (Labyrinth Theater, directed by Mimi O’Donnell; Steppenwolf, directed by Amy Morton; Marin Theatre Company, directed by Hayley Finn); Unseen (Gift Theater, directed by Maureen Payne-Hahner). Mona was a member of the Public Theater’s Emerging Writers Group and is a member of New Dramatists. With Tala Manassah, she has written Falling Down the Stairs recently part of Atlantic Theater’s Middle Eastern Mixfest, as well as short plays Kamal’s Letter and The House, both presented at Golden Thread’s ReOrient Festival. Their play Dressing is part of Facing Our Truths: Short Plays About Trayvon, Race and Privilege, a collection of plays commissioned by the New Black Festival. 2012 Whiting Award, 2014 Middle East America Distinguished Playwright Award, 2018 MacDowell Fellow. monamansour.com 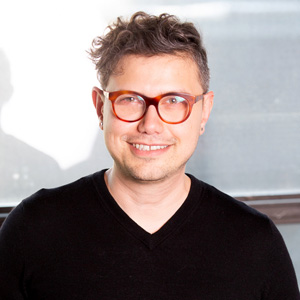 Golden Thread thanks Sam Mazza Foundation, Walter and Elise Haas Fund, California Arts Council, National Endowment for the Arts, The Fleishhacker Foundation, and The Tournesol Project for their support. We Swim, We Talk, We Go to War was developed at the 2017 Bay Area Playwrights Festival, a program of the Playwrights Foundation (Amy L. Mueller, Artistic Director). Golden Thread is a resident company of Potrero Stage, operated by PlayGround. This production is made possible in part through the Potrero Stage Presenting Program.