Lubbock or Leave It! is the story of Iranian New Yorker Leyla when she accepts a job teaching college in the most conservative town in the US: Lubbock, Texas! Set against a backdrop of American fundamentalism, Leyla and her canine cohort Daisy (played by a hand puppet) learn some hard lessons about xenophobia, nationalism, and dislocation.

Zafira the Olive Oil Warrior tells the futuristic story of a homeless Arab American schoolteacher turned superhero.  She relives her experiences in an internment camp for Arabs and Muslims as she imagines herself victorious and powerful despite an increasingly hostile and ultra-nationalistic environment that has cast Arabs as enemies of the state. 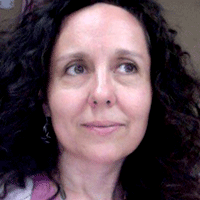 Kathryn Haddad is a Lebanese-American writer, teacher, and community organizer. She founded Mizna – one of the few Arab American Arts and literary organizations in the United States where she served as its Artistic and Executive Director for twelve years.  Kathryn is a 2004 – 05 recipient of an Archibald Bush Leadership Fellowship for her work with the Arab American community.  As a writer, she has received three Playwright’s Center Many Voices Fellowships, and has had several plays produced in the Minneapolis-St. Paul Area, including a staged reading of With Love from Gaza (1992), at Intermedia Arts, The Arab’s in my Head (1994) at Theater Mu’s New Eyes Festival, With Love from Ramallah (co-written with Juliana Pegues, produced by Mizna, and staged at Mixed Blood Theater) (2004), and Zafira the Olive Oil Warrior (2011) at Pangea World Theater.  Kathryn has worked full time as a public school teacher since 1991. 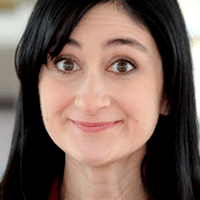 Leyla Modirzadeh* is an Iranian-American writer, performer, and educator. She has acted in theatres across the country including Wisdom Bridge Theatre, (Chicago), A Contemporary Theatre, The Group Theatre, (Seattle), The Kennedy Center, (DC), and New York Theatre Workshop. Most recently, Lubbock or Leave It! performed in New York City at the Plus One Solo Festival, Dixon Place, and The Here Space. Over the last 17 years, she toured and collaborated with Obie Award winning theatre artist Ping Chong. Her animated and experimental films have been screened at national and international festivals (www.twolittleheads.com).  She received her BA from UC Berkeley, MFA in Acting from University of Washington, MFA in Fine Arts from Pratt Institute, and trained at Second City in Chicago. Her most recent publication is a contributing chapter about documentary theatre in the book Arts Education for Social Justice: A Way Out of No Way published by Routledge Books. **Appears courtesy of Actors Equity* 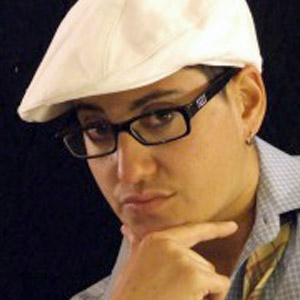