POETRY OF RESISTANCE, PROSE OF RESILIENCE

Golden Thread will honor over a century of activism by women artists for freedom, self-determination, and justice at its annual International Women’s Day celebration, What Do the Women Say?. This year’s program features the work of Middle Eastern women artists, who counter and shatter stereotypes, and engages in a conversation with history in light of the sweeping changes across the Middle East.

Golden Thread is honored to present award-winning Syrian American opera singer Saousan Jarjour‘s Bay Area debut featuring new work by Nahal Navidar (New Threads 2014) and composer Julia Adolphe, as well as Syrian folk songs. Early 20th-century writings by women from Iraq, Tunisia, and Algeria selected from the anthology, Opening the Gates, A Century of Arab Feminist Writing, will be presented alongside readings in English and Persian by leading Bay Area poets and authors: Elmaz Abinader (This House, My Bones), Anita Amirrezvani (The Blood of Flowers, Equal to the Sun), Najia Karim, and Deema Shehabi (Thirteen Departures From the Moon). Golden Thread artistic associate Haleh Hatami will facilitate a conversation with the artists following the presentations.

Opening the Gates, a Century of Arab Feminist Writing features stories and essays from as early as 1867. “In these wonderfully diverse documents, women eschew their role as silent helpmates, “ write editors, Margot Badran and Miriam Cooke. The collection brings together many women’s voices including, Etel Adnan, Mary Ziyada, Nawal Al Saadawi, Huda Shaarawi, as well as authors never before translated into English. Published by the Indiana University Press, 1990. 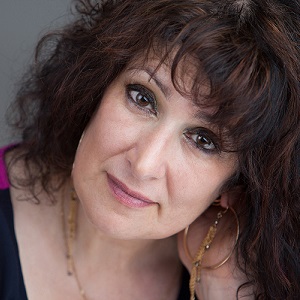 Elmaz Abinader’s new poetry collection, This House My Bones, is the Willow Books Editors’ Selection for 2014. She is also author of a memoir, The Children of the Roojme: A Family’s Journey from Lebanon, and a poetry collection, In the Country of My Dreams. Additionally, Elmaz has written and performed several one-women plays: Country of Origin, Ramadan Moon, 32 Mohammeds, Voices from the Siege and The Torture Quartet. Winner of a Goldies in Literature, a PEN/Josephine Miles Award, Elmaz has been a Fulbright Scholar and the winner of the Oregon Drammies for Country of Origin. She teaches at Mills College in Oakland, and is co-founder of VONA/Voices. 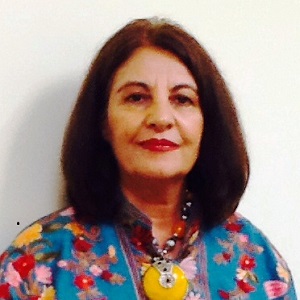 A native of Afghanistan and a registered dietitian, Najia Karim is a Bay Area poet and short story writer. She has published three poetry books (Nawai binawayan, Bostan Kherad, Nawai Nai) and her writing has been published in Persian-language journals and books. Founder of the Cultural Society of Afghan Women in the Bay Area, Najia hosts Gulzar Andisha ha, a literary program on Payam Javan Iranian satellite TV station in the Bay Area. Najia is a member of the American Association of University Women, the Afghan Literary council, and the Cultural Society of Afghan Women. 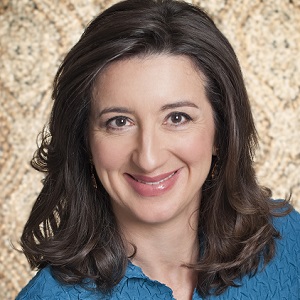 Anita Amirrezvani was born in Tehran, Iran, and raised in San Francisco. Her first novel, The Blood of Flowers, has appeared in 31 languages and was long-listed for the 2008 Orange Prize for Fiction. Her second novel, Equal of the Sun, was published by Scribner in 2012. Tremors: New Fiction by Iranian-American Writers, an anthology co-edited with Persis Karim, was released in 2013. Anita has given book readings in Australia, Canada, Croatia, Dubai, Lithuania, New Zealand, Scotland, and throughout the United States. She teaches in the MFA Program in Writing at the California College of the Arts. 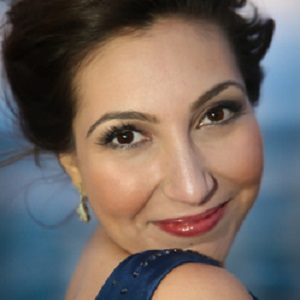 Award-winning Syrian-American soprano Saousan Jarjour is a graduate of California State University Fullerton School of Music where she studied with Janet Smith and coached with Mark Salters. Currently, she is completing her second year of Masters in Music studies at University of Southern California, studying under Cynthia Munzer. Past performances include: Rossini’s Contessa di Folleville (Il Viaggio a Reims) at USC, Gretel (Hansel und Gretel) at CSU in 2012, Benjamin Britten’s Albert Herring in 2011 and as Peep-bo in Gilbert and Sullivan’s The Mikado in 2009. Other engagements include a solo performance in Tarik O’Regan’s Ecstacies Above, which was performed in Austria and Germany with the CSU Fullerton School of Music’s University Singers in 2012. In 2010, Miss Jarjour was a guest soloist with the Orange Coast College Orchestra where she performed the roles of Musetta (La Bohème) and Lauretta (Gianni Schicchi) in a concert featuring music by Puccini and Schubert. In 2009, Miss Jarjour joined the Intimate Opera Company Young Artist Program where she performed the roles of Fiordiligi in Mozart’s Così fan tutte, the title role in Floyd’s Susannah, and Adina in Donizetti’s L’elisir d’amore. Most recently, Miss Jarjour portrayed the character of Donia, collaborating with writer Nahal Navidar and composer Julia Adolphe. 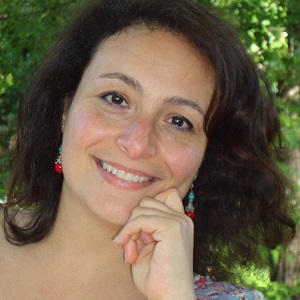 Deema K Shehabi is a poet, writer, and editor. Her full collection Thirteen Departures From the Moon was published by Press 53 in 2011. She is also co-editor with Beau Beausoleil of Al-Mutanabbi Street Starts Here (PM Press, 2012), for which she received the Northern California Book Award’s NCBR 3 Recognition Award. During 2009 – 2013 she worked with Marilyn Hacker on the great poem sequence Diaspo/Renga (Holland Park Press, 2014). Her poems have appeared widely in journals and anthologies such as The Kenyon Review, Literary Imagination, New Letters, Callaloo, Massachusetts Review, Perihelion, Drunken Boat, Bat City Review, Inclined to Speak: An Anthology of Contemporary Arab American Poetry, and The Poetry of Arab Women. Deema’s poems have been nominated for a Pushcart prize four times, and she served as Vice-President for the Radius of Arab-American Writers (RAWI) between 2007 and 2010.