Join us in celebrating pioneering Bay Area women artists who have built community through their art. Golden Thread founding artistic director Torange Yeghiazarian will be in conversation with visual artist and curator Taraneh Hemami, founder of Zawaya executive director Nabila Mango, award-winning playwright Betty Shamieh, and founding artistic director of Ballet Afsaneh Sharlyn Sawyer. Each artist will present a showcase of their work. 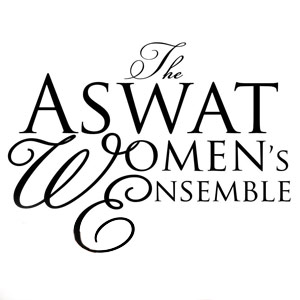 The Aswat Women’s Ensemble (AWE) is the Bay Area’s only exclusively-female Arab music ensemble designed to empower women. AWE is a multi-racial and multi-ethnic female ensemble that reaches out to the diverse Bay Area community with folkloric, classical, contemporary, and sacred Arab music. AWE’s doors remain open to all who want to participate in the exciting, enriching exchange between Arab Americans and other communities through the universal language of music. For more information about AWE, please visit zawaya.org. For inquiries, email zawaya.admin@gmail.com. 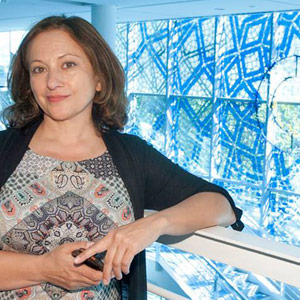 Raised in Tehran, Iran, and living and working in San Francisco, Taraneh Hemami continues to explore themes of displacement, preservation and representation in her collective and curatorial projects, creating connections through experimental projects between artists, writers and scholars. She has been awarded a Creative Work Fund (2000), a Visions for the New California (2004), Kala Fellowship (2007), a Eureka Fellowship Award (2012), a Creative Capital (2012), an Artistic Innovation grant from Center for Cultural Innovation (2012), and a Community Stories award from California Council of the Humanities (2013). She has guest-curated Theory of Survival at BAN 5, at Yerba Buena Center for the Arts (2008), One Day: a Collective Narrative of Tehran at Intersection for the Arts (2009), In the Currents, at Kearny Street Workshops (2012), Time after Time, at Southern Exposure (2010), and Fabrications at Southern Exposure (2014). Bulletin, a Theory of Survival publication was recently published by Arts at CIIS (2015). Taraneh teaches at California College of the Arts. 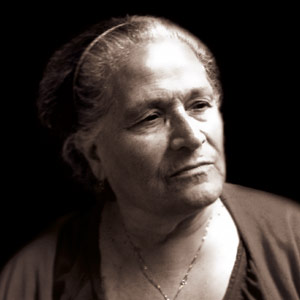 Nabila Mango co-founded Zawaya with Haya Shawa Ben-Halim in 2003 to preserve and promote the Arab arts in the San Francisco Bay Area. Aswat, which predates Zawaya by three years, is Zawaya’s 16-year old flagship Arabic music and performance program and the Bay Area’s premiere Arabic music ensemble. A member of school choirs in high school and college, Nabila never lost her passion for the performing arts. Nabila reads prolifically in politics, women’s affairs, languages, music history, and cultural issues and owns the largest library of Arabic music in the U.S. 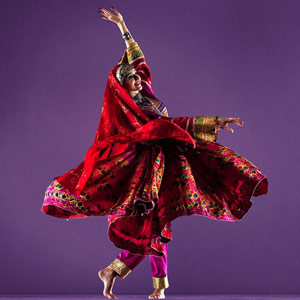 A prolific dance artist, choreographer/director/arts activist Sharlyn Sawyer’s career in the performing arts spans more than 45 years. As the Artistic and Executive Director of Afsaneh Art & Culture Society – Ballet Afsaneh, a company she founded in 1986, she has choreographed and produced dozens of original works, as well as expanding traditional Central Asian dance forms for contemporary theater presentations. Her company has had a major impact on the development of Persian/Afghan/Central Asian dance and its preservation in the diaspora at a critical time in history. Describing herself as a “perpetual student of art and life” and an “Executive Director by default”, Sawyer has garnered the support of many prestigious grants and awards for the Afsaneh Art & Culture Society – Ballet Afsaneh. Working internationally, Sawyer created performances for the British Museum, and was sought out by the San Francisco philanthropic foundation, The Christensen Fund, to establish an ongoing performing arts exchange in Tajikistan. Productions in the Bay Area include world dance/music events and concerts such as the Festival of the Silk Road, and the NeekOn Festival in Golden Gate Park. 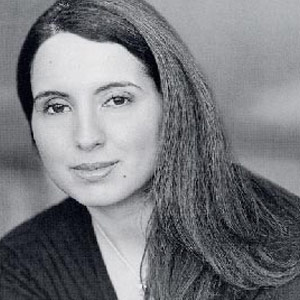 Betty Shamieh is the author of 15 plays. She was selected as the winner of The Playwrights’ Center’s 2012-2013 McKnight National Residency and Commission. Her off-Broadway premieres are The Black Eyed (New York Theatre Workshop) and Roar (The New Group), which was selected as a New York Times Critic’s Pick and is currently being taught at universities throughout the United States. Shamieh was named a UNESCO Young Artist for Intercultural Dialogue in 2011. Her recent European productions in translation include Again and Against (Playhouse Theater, Stockholm), The Black Eyed (Fournos Theatre, Athens), and Territories (co-production of the Landes-Theatre and the European Union Capital of Culture Festival). In 2012, Princeton University’s Institute for Advanced Studies presented the world premiere of a suite of arias from Territories, an opera that Shamieh is writing the lyrics and libretto for based on her play. She performed in her play of monologues, Chocolate in Heat, in three sold-out off-off-Broadway runs and over 20 university theatres. A graduate of Harvard College and the Yale School of Drama, Shamieh was selected as a Clifton Visiting Artist at Harvard in 2004 and named as a Playwriting Fellow at Harvard University’s Radcliffe Institute for Advanced Studies in 2006. Her works have been translated into seven languages. 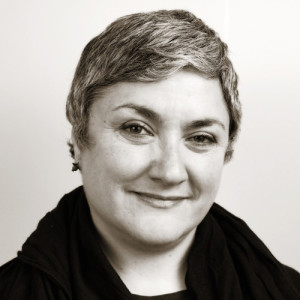 Torange Yeghiazarian is the Founding Artistic Director of Golden Thread Productions, the first American theatre company focused on the Middle East where she launched such visionary programs as ReOrient Festival, New Threads, Fairytale Players, and What do the Women Say?, and timely initiatives such as Islam 101 and Project Alo? Torange has been recognized by Theatre Bay Area and is one of Theatre Communication Group’s Legacy Leaders of Color. She was honored by the Cairo International Theatre Festival and the Symposium on Equity in the Entertainment Industry at Stanford University. A playwright, director, and translator, Torange contributed a case study chapter to “Casting a Movement”, forthcoming from Routledge, 2019. Her translation and stage adaptation of Nizami’s “Leyla Majnun” is published on Gleeditions.com. She has been published in The Drama Review, American Theatre Magazine, AmerAsia Journal, and contributed to Encyclopedia of Women Islamic Cultures and Cambridge World Encyclopedia of Stage Actors. At Golden Thread, Torange directed OH MY SWEET LAND by Amir Nizar Zuabi, and the premieres of OUR ENEMIES: LIVELY SCENES OF LOVE AND COMBAT and SCENIC ROUTES by Yussef El Guindi, THE MYTH OF CREATION by Sadegh Hedayat, TAMAM by Betty Shamieh, STUCK by Amir Al-Azraki, VOICE ROOM by Reza Soroor, and adapted the poem, I SELL SOULS by Simin Behbehani for the stage. Torange was a member of the artistic team that developed BENEDICTUS, a collaboration among Iranian, Israeli, and American artists. She received a Gerbode-Hewlett Playwright Commission Award for ISFAHAN BLUES, a co-production with African American Shakespeare Company, and a commission from the Islamic Cultural Center of Northern California to write THE FIFTH STRING: ZIRYAB’S PASSAGE TO CORDOBA. Other plays include 444 DAYS, WAVES, and CALL ME MEHDI, included in the anthology “Salaam. Peace: An Anthology of Middle Eastern-American Drama,” TCG, 2009. Born in Iran and of Armenian heritage, Torange holds a Master’s degree in Theatre Arts from San Francisco State University.

What Do the Women Say? is a SWAN DAY event and is sponsored by WomenArts.