Autobiography of a Terrorist

A fiercely funny dive into the absurdity of the immigrant experience

Saïd has written a play about growing up Iranian and Jewish-American during the Iran hostage crisis. As he and his well-meaning collaborators try to stage his script, things go quickly and hilariously from bad to worse. Will Saïd ever be able to just fit in? Whiting Award–winning writer Sayrafiezadeh (Brief Encounters With the Enemy,When Skateboards Will Be Free) brilliantly pokes fun at the complications of hyphenated identity in America.

“The show is often very funny, especially in the many uncomfortable moments between the performers. Just as often, it’s disturbing in how aptly it captures how thin people’s veneer of tolerance can be, even — or rather especially — when they believe it to be genuine.”
—The Mercury News

“Relax everybody —Autobiography is a comedy! No bombs or blood. Just a provocative (and amusing) account of what it meant to be a ‘hyphenated American’.”
—Pacific Sun

“Throughout Autobiography, there’s a running joke about people mispronouncing [Said’s last name]: “Stirfryday” is the funniest example. The play repeats this seemingly unimportant point to make a larger one. A certain American demographic remains indifferent and wary of other cultures and other languages. For those who can’t pass as a Smith or Jones, Sayrafiezadeh also points out that the rah-rah jingoism of a USA chant always carries a belligerent edge.”
—SF Weekly

“Saïd Sayrafiezadeh is a name you may want to remember. He writes with extraordinary power.”
—The New York Times

Meta humor and politics collide in Autobiography of a Terrorist

Autobiography of a Terrorist is a theatre pick forSF/Arts Monthly‘s Jean Schiffman.

Join us for a post-show discussion with Autobiography of a Terrorist playwright Saïd Sayrafiezadeh, and filmmaker Raeshma Razvi and calligrapher Arash Shirinbab, who lead Islamic Cultural Center of Northern California’s arts programs. Moderated by Founding Artistic Director Torange Yeghiazarian, the conversation will explore how Muslim artists are responding to the current political atmosphere in America. 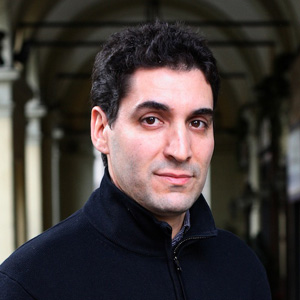 Saïd Sayrafiezadeh is the author of the story collection, BRIEF ENCOUNTERS WITH THE ENEMY, a finalist for the 2014 PEN/Robert W. Bingham Fiction Prize, and the critically acclaimed memoir, WHEN SKATEBOARDS WILL BE FREE, selected as one of the ten best books of the year by Dwight Garner of THE NEW YORK TIMES*.*His short stories and personal essays have appeared in THE NEW YORKER, THE PARIS REVIEW, GRANTA, MCSWEENEY’S, THE NEW YORK TIMES, and NEW AMERICAN STORIES*,*among other publications. He is the recipient of a Whiting Writers’ Award for nonfiction, a fiction fellowship from the Cullman Center for Scholars and Writers, and two playwriting fellowships from New York Theatre Workshop. Saïd teaches memoir in the MFA program at Hunter College and creative writing at New York University, where he received a 2013 Outstanding Teaching Award. He currently serves on the board of directors for theNew York Foundation for the Arts. 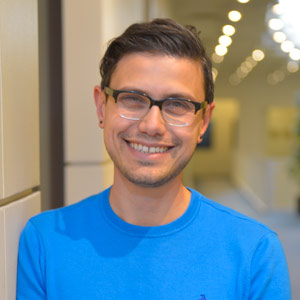 Evren Odcikin is a Turkish-American director based in San Francisco and serves as the Director New Plays & Marketing for Golden Thread Productions, where he has been an artistic associate since 2005. For Golden Thread, he directed the premieres of Yussef El Guindi’s LANGUAGE ROOMS, in San Francisco and Los Angeles Theater Center (critic’s pick for LOS ANGELES TIMES), Mona Mansour’s URGE FOR GOING, Denmo Ibrahim’s ECSTASY | A WATERFABLE, Kevin Artigue’s THE MOST DANGEROUS HIGHWAY IN THE WORLD (four SF Bay Area Theatre Critics’ Circle award nominations, including best director and production) as well as short plays by El Guindi, E.H. Benedict, Ken Kaissar, Ignacio Zulueta as part of ReOrient Festivals. For the company, he leads all new play development activities, including the annual new play reading series New Threads, assists in season selection, and helps produce the mainstage season including the biennial ReOrient Festival. His other credits include the regional premiere of Jonas Hassen Khemiri’s I CALL MY BROTHERS at Cleveland Public Theatre; the world premiere of Christopher Chen’s MUTT: LET’S ALL TALK ABOUT RACE at Impact Theatre and Ferocious Lotus (“Top New Play of 2014”, Theater Dogs); the world premiere of Frances Ya-Chu Cowhig’s 410[GONE] (Production Notebook feature in AMERICAN THEATRE MAGAZINE) and the West Coast premieres of Jonas Hassen Khemiri’s INVASION! and I CALL MY BROTHERS (Theatre Bay Area Award nomination for outstanding direction) for Crowded Fire; his adaptation of Plautus’s THE BRAGGART SOLDIER, OR MAJOR BLOWHARD for Custom Made Theatre Company (Theatre Bay Area Awards Recommended Production, four SFBATCC nominations including best director); THE OLDEST PROFESSION (two BATCC nominations) and MACHINAL (three BATCC Award nominations including best director and best production) for Brava Theater Center. A graduate of Princeton University, Evren was awarded the 2015 National Director’s Fellowship by O’Neill Theater Center, National New Plays Network, the Kennedy Center, and SDCF; the 2013 TITAN Award for Directors by Theatre Bay Area; and selected as an Emerging Theatre Leader by TCG for their American Express Leadership Bootcamp.

Thanks to The Zellerbach Family Foundation for their generous support of Autobiography of a Terrorist.