An Armenian Family’s Story of Survival and Reconciliation 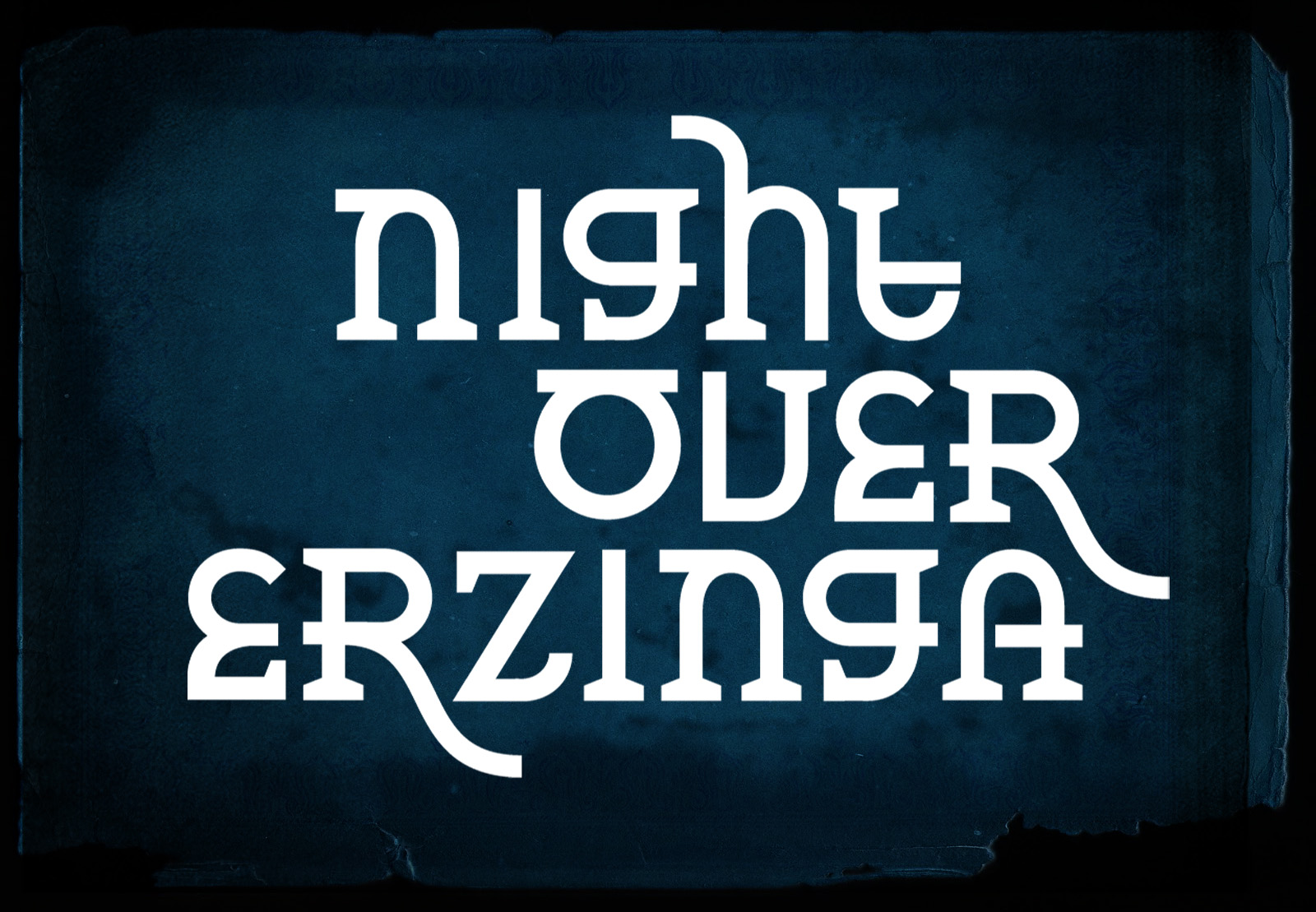 Ardavazt and Alice build a new life in the U.S. in the aftermath of the Armenian Genocide but the past comes to haunt them in very different ways. Inspired by the playwright’s family history, this tender epic spans generations and countries in a fluid and magical narrative that will be scored with original music by Bulgarian composer, Penka Kouneva; directed by international artist, Hafiz Karmali, set design by award-winning Mikiko Uesugi.

“How did my grandfather lose two families in one lifetime but not lose his heart?” was the question that began Adriana’s two-year journey to develop Night Over Erzinga, the inaugural commission of the prestigious Middle East America Award.

NIGHT OVER ERZINGA by Adriana Sevahn Nichols, tells the moving story of an immigrant family of Armenian and Dominican heritage, exploring how a man can lose everything but his heart, and how a grandmother can reach through time, to unearth the untold story, and bring her children “home.” Spanning two continents and three generations, from Western Armenia of 1913, to 1930’s Massachusetts, to 1960’s New York, ancestors are reunited with the living, as they each search for solace, and a way to make peace with the past. 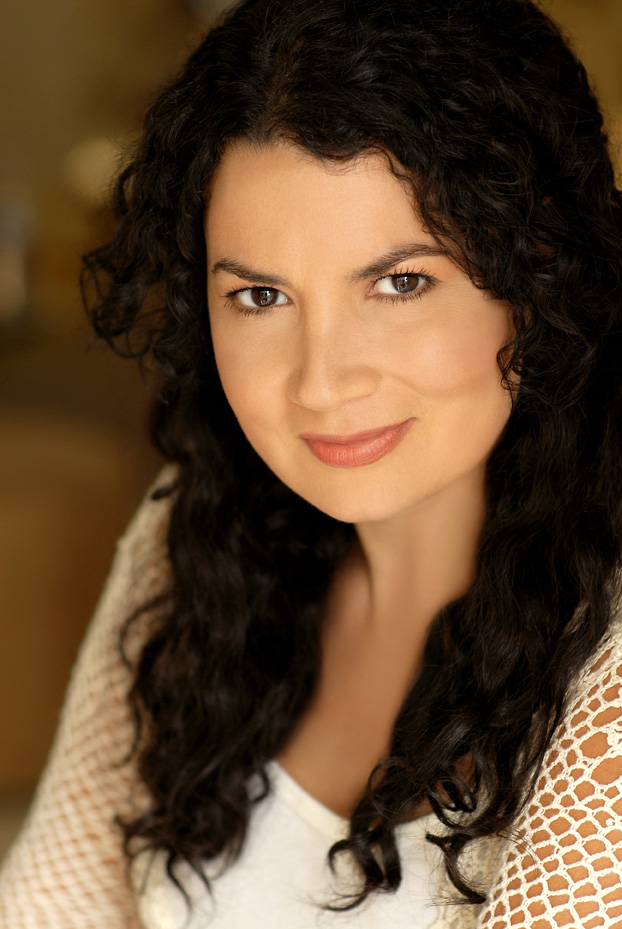 Adriana Sevahn Nichols is an award winning actress and playwright. Her critically acclaimed solo show, Taking Flight, garnered her a San Diego Theatre Critics Circle Award, a Los Angeles Women’s Theatre Festival Award, and the CD was a finalist for a 2008 Audie Award. Her plays have been published by Samuel French and Smith & Kraus. She has developed and performed her work at the Sundance Theater Lab, South Coast Repertory, Mark Taper Forum, The Goodman, LA Theatre Works, Stages Theatre,The Fountain, INTAR, and The Lark. She received the 2008 Middle East America Distinguished Playwright Award, which gifted her with a commission, to write a play, inspired by her Armenian grandparents' survival of the Genocide of 1915. 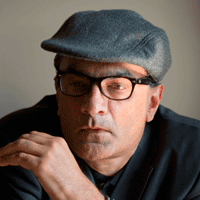 After pursuing his MFA (in Directing) at Carnegie-Mellon University School of Drama, Hafiz Karmali served an apprenticeship at the American Repertory Theatre where he assisted internationally renowned directors Robert Wilson and Andrei Serban. While at the A.R.T, Mr. Karmali was a teaching fellow in the English Department at Harvard University for courses taught by Professor Robert Brustein. Hafiz has a special interest in cross-cultural performances with a view to showcasing indigenous performing arts of the Islamic world. With theatre productions of esoteric/mystical fables such as Attar’s CONFERENCE OF THE BIRDS (Ismaili Centre, London) Hafiz seeks to promote a better understanding of the arts and ideas of the Muslim world. Golden Thread audiences may be familiar with Hafiz Karmali’s work: three new plays at the ReOrient Festival in 2009: ABAGA by Torange Yeghiazarian; A MARRIAGE PROPOSAL (Egyptian Chekhov) and THE REVIEW (via “skype”) both by Yussef El-Guindi; as well as in 2006, the Ikhwan al-Safa’s fable ISLAND OF ANIMALS. More recently, to commemorate Prince Karim Aga Khan’s golden jubilee (50th Anniversary) as spiritual leader, Hafiz co-wrote and directed ALI TO KARIM – A Tribute to the Ismaili Imams, an international touring theatre production. Hafiz is currently preparing his next show for Golden Thread Productions: RUMI x 7 = Tales from the Masnavi to be staged at the Islamic Cultural Centre in Oakland as part of a special series, ISLAM 101 – A Basic Guide.

Neva Marie Hutchinson has acted in over sixty productions in both the Bay area and New York City. She has worked with Francis Ford Coppola, Wynn Handman, Lee Sankowich, Libby Appel and many other directors in both new and classic plays. Her talents have been seen at San Jose Repertory, Marin Theatre, Encore Theater, Willows Theatre, Harvest Theatre, Pear Avenue Theatre and Fifth Floor Productions, to name a few. She has worked in both film and television. When not acting, she teaches and directs middle school students in productions of Shakespeare in the Redwood City school system. Working on ERZINGA, Neva feels that the themes of familial loss and personal grieving are ones that we all struggle with every day — that our joy in the universe is one of a restorative dance. 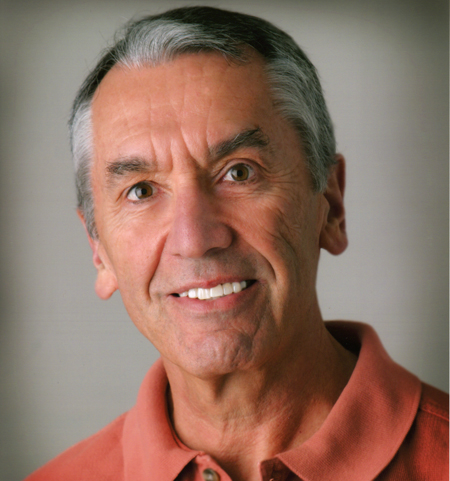 Terry Lamb first performed with Golden Thread in DEEP CUT. He was most recently on-stage in PENELOPE’S ODYSSEY, produced by Central Works Theater Ensemble. He has also acted with these theaters among others: Shotgun Players, TheatreFIRST, Aurora, Marin, Magic, Stage Left, New Conservatory, Pirandello Project, San Jose Stage, Geoffrey Chaucer, TheaterWorks, San Francisco Mime Troupe, and Shakespeare Santa Cruz. Through his company, Videosyncracy, Terry produces videos for nonprofits and business entrepreneurs. He is also the producer of the online video series “Encounters on Earth” (original dramatic pieces showcasing Bay Area actors and writers). Because of his love for the storytelling of writers and actors, he feels particularly pleased and honored to be working with the wonderful team producing the remarkable and touching play NIGHT OVER ERZINGA. He has also been honored by being invited to perform in Golden Thread’s next production, LANGUAGE ROOMS. 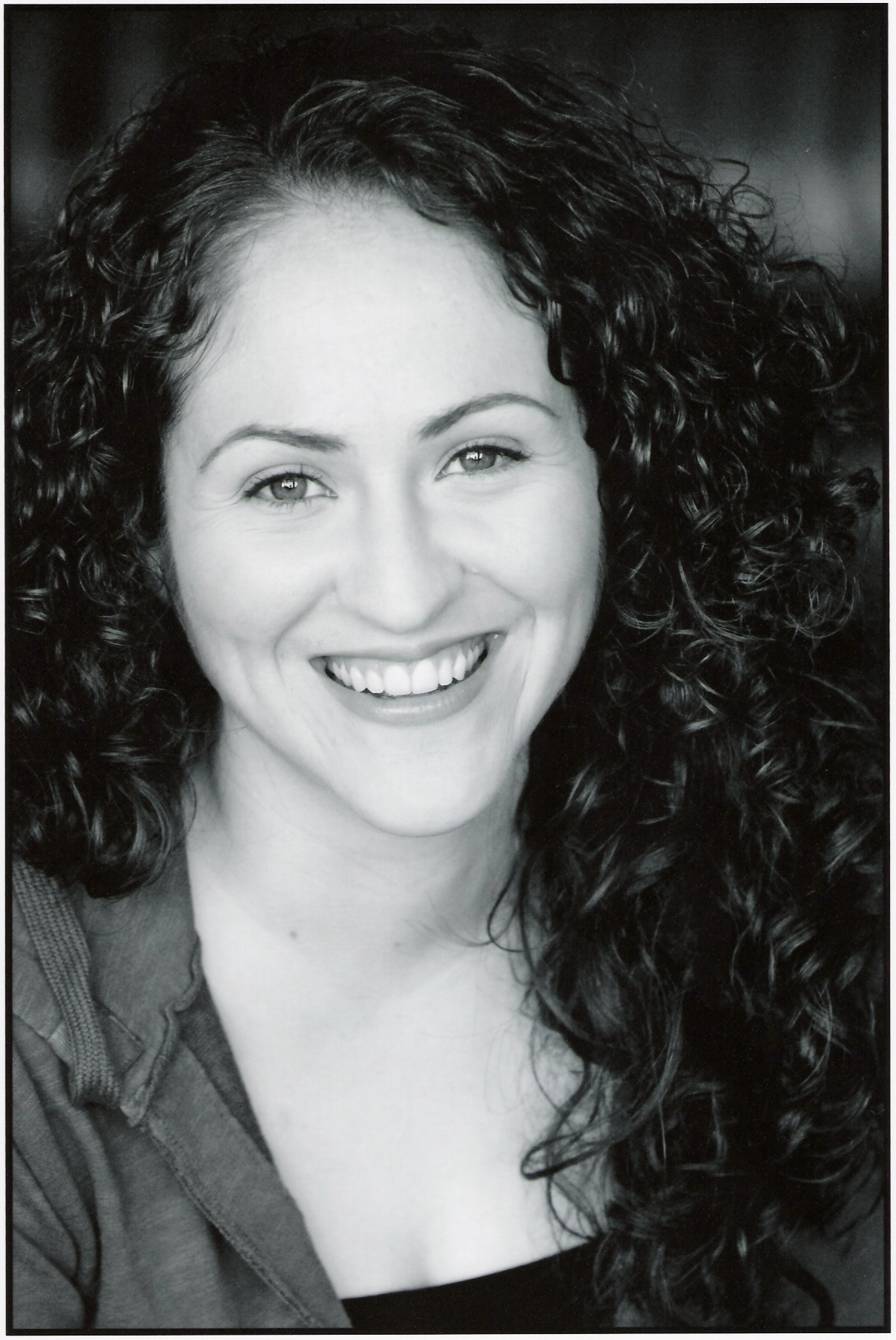 Sarita Ocón is honored to be part of this powerful and heartfelt journey with Golden Thread and an incredible team of artists and designers. “From the moment I read the script, I was incredibly drawn to the narrative and began immersing myself in the research. To be part of this ensemble is a wonderful gift that I hope to pass along to the audience with the utmost integrity, honoring the lives and spirits represented in the story.” Sarita is an actor, visual artist and educator. Theatrical credits include collaborations with African American Shakespeare Co., Bindlestiff Studio, BRAVA Theater Center, Hybrid Performance Experiment Collective (HyPE), Playwrights Foundation, The Public Theater NY Residency at Stanford, ShadowLight Productions, and Teatro Visión. Favorite performances include GHOSTS OF THE RIVER (ShadowLight Productions), ELECTRICIDAD (Pacifica Spindrift Players), LA CASA EN MANGO STREET and SCHOOL OF THE AMERICAS (Teatro Visión). Sarita received her BA in Comparative Studies in Race and Ethnicity from Stanford University. 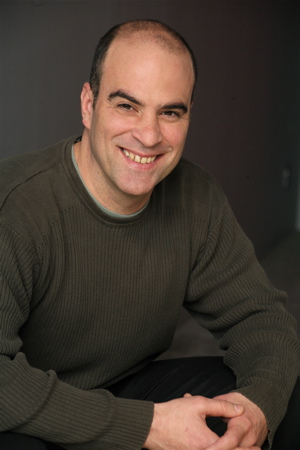 Lawrence Radecker is a resident artist with Crowded Fire Theater Company where he has developed and debuted roles in the world premieres of Enrique Urueta’s FOREVER NEVER COMES, Caridad Svich’s WRECKAGE, Liz Duffy Adam’s THE LISTENER, Mickey Birnbaum’s BIG DEATH & LITTLE DEATH, and Dominic Orlando’s JUAN GELION DANCES FOR THE SUN. Lawrence is very proud and excited to be back at Golden Thread with this beautiful production. Other GT plays include WORM, LEARN TO BE LATINA, COMING HOME and SECURITY. He has also worked with Thick Description, Marin Theatre Company, Brava! For Women in the Arts, Cutting Ball and Uncle Buzzy’s Hometown Theatre Show. He can be seen and heard in a variety of industrials and voiceovers, as well as a couple of television series. 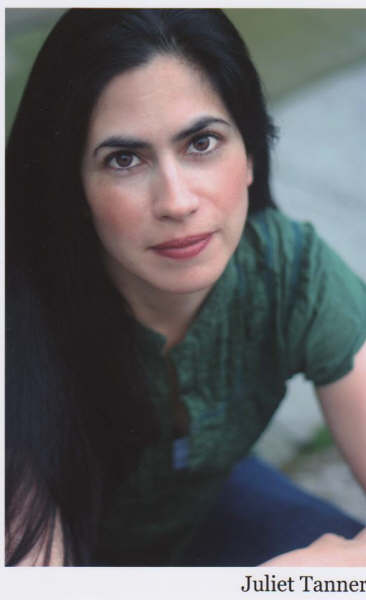 Juliet Tanner has performed in the Bay Area with Crowded Fire, including the world premieres of Liz Duffy Adams' THE LISTENER (Listener) and Sheila Callaghan’s WE ARE NOT THESE HANDS (Moth), as well as with California Shakespeare Theater, the Magic Theatre, Shotgun Players and Word for Word. She appeared in the Bare Bones production of NIGHT OVER ERZINGA at the Lark in New York City in June, and is honored to be a part of the world premiere. 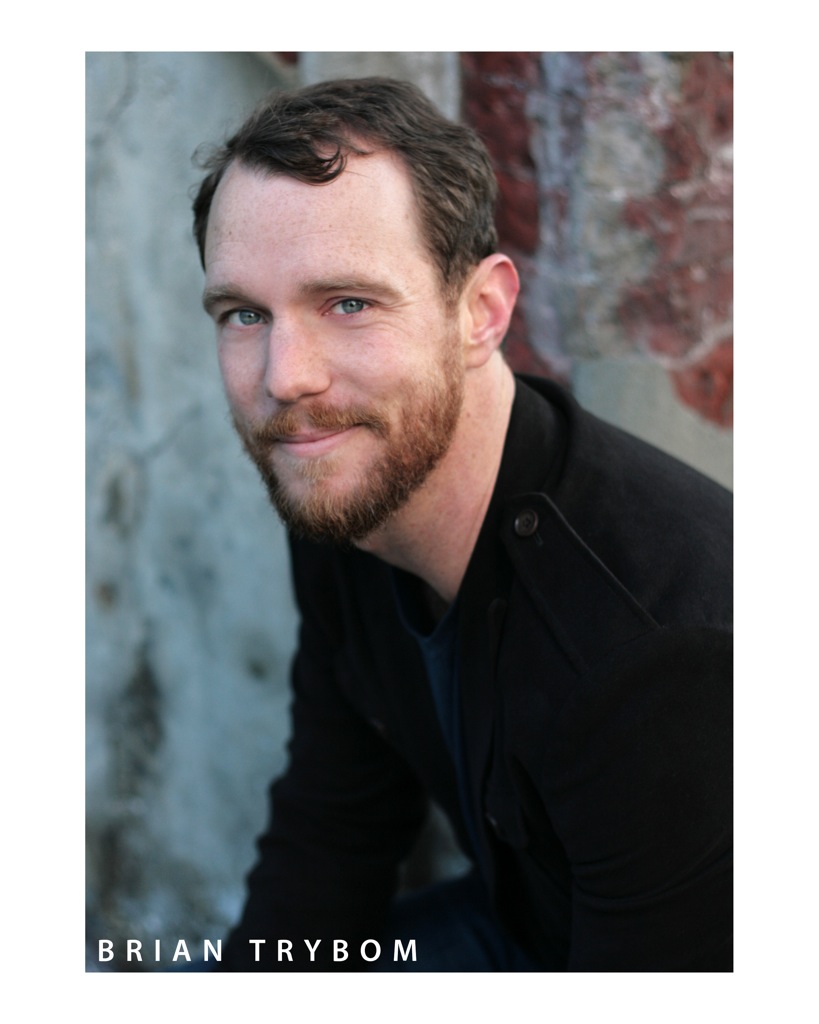 “The many stories of loss, survival, and personal triumphs that I found in researching the Armenian Genocide, are so humbling, and inspiring, that I am honored to be given a chance to help tell this story and be a part of this production.” Brian Trybom was last seen in Shotgun Player’s production of ROAD TO HADES, previous credits include, the titular character in HERMES, with No Nude Men, Tom in THE GLASS MENAGERI, with Boxcar Theater, and Borachio in MUCH ADO ABOUT NOTHING, with Marin Shakespeare Company among others. This winter Brian will be appearing in Boxcar Theater’s productions of TRUE WEST, AND FOOL FOR LOVE. Many thanks to my family, and of course to my wife Stavi. Natalie Amanian, born in October 2002, is a 4th-grade student at KZV Armenian School where she studies English and Armenian Language, history and social studies. How can we forget her favorite subject, Math? She also belongs to tennis, basketball and Armenian Scouts (Homenetmen) clubs. Natalie is very happy to make her theatrical debut with Golden Thread Productions and has this to say about NIGHT OVER ERZINGA, “I am the first American-Armenian in my family. I am confused about what happened to Armenians in 1915. My grandfather told me that my great grandfather and his 6 year old brother were the only survivors in his family; they were rescued by a Turkish family then sent to an orphanage in Syria. I can relate to my Grandfather in NIGHT OVER ERZINGA, as he could have been one of my great grandfathers leaving his family behind, without knowing what actually happened to them. Each Armenian’s journey may have been different but the cause was the same. The only way we can preserve our heritage is by never forgetting where we actually come from.”