Our Enemies: Lively Scenes of Love and Combat

Struggling writer Gamal hates the way his fellow Arab-Americans represent their culture on American media. It’s easy enough to take out his frustration on literature superstar Mohsen and local mosque leader, Sheikh Alfani. But when his own girlfriend and novelist Noor gets an offer from a major publisher backed with a national media campaign, how will Gamal manage his frustration?

Award-winning Egyptian-American playwright Yussef El Guindi holds the honor of being the most produced writer at Golden Thread. El Guindi has won the Steinberg/American Theater Critics Association’s New Play Award in 2012, and was the recipient of the 2010 Middle East America Distinguished Playwright Award. His previous premieres with the company include Language Rooms, Jihad Jones and the Kalashnikov Babes, Back of the Throat, Scenic Routes, and many shorts in ReOrient Festivals. Golden Thread performed El Guindi’s Karima’s City at the Cairo International Festival for Experimental Theatre in 2004.

HIGHEST RATING!
“Smart, daring and well constructed… For a play about ideas, the kind of urgent ideas that don’t make it to American stages often enough, its debaters are just as complex and fleshed out as the ideas themselves.” —San Francisco Chronicle (read full review)

“FIVE STARS! El Guindi ‘s command of dramatic construction is superb. He layers event upon event until the jigsaw puzzle is dramatically complete with more than a soupcon of satirical humor and a dollop of sex.” —Theatre World (read full review)

“A gripping drama… Our Enemies exposes the futility of using group affiliation to decide that basic question: Who speaks for me? Who is a “genuine” Arab? A “genuine” Muslim? Or, for that matter, a “genuine” American? Answers don’t come easily.” —Pacific Sun (read full review)

“It was refreshing to have a show give voice to so many nuanced and authentic perspectives, while still being entertaining. ” —Mission Mission (read full review)

“Our Enemies is providing Golden Thread Productions with a forceful start to its 20th season of theater dedicated to the Middle Eastern American experience.” —Bay Area Reporter (read full review)

“This engaging production is the perfect opening to Golden Thread’s celebration of 20 years of true commitment to theatre and community.” —The Berkeley Daily Planet (read full review)

“BEST OF 2016: The other company in residence at Thick House that dazzled is Golden Thread Productions, whose Our Enemies by Yussef El Guindi delivered action and depth in its exploration of what it means, among other things, to be Muslim in this country.” —Bay Area Reporter (read full review)

Dive into the world of Our Enemies

The characters of Our Enemies in their own words

The Demands of the Market

Torange Yeghiazarian writes about the challenges of the publishing industry for writers of color.

Our Enemies Asks: Who Speaks For Middle Easteners? 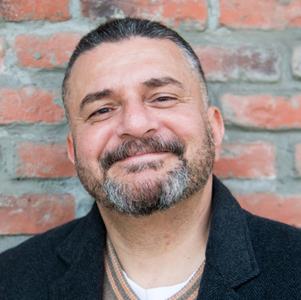 Yussef El Guindi’s most recent productions include Threesome at Portland Center Stage, ACT Seattle, 59E59 in NYC, Pilgrims Musa and Sheri in the New World (winner of the 2012 Steinberg/ American Theater Critics Association’s New Play Award and the 2011 Gregory Award) also at ACT Seattle, and at Center Repertory Company (Walnut Creek, CA); and Language Rooms (Edgerton Foundation New American Play Award), co-produced by Golden Thread Productions and the Asian American Theater Company in San Francisco; at the Wilma Theater in Philadelphia (premiere), and at the Los Angeles Theater Center. Other productions: Our Enemies: Lively Scenes of Love and Combat was produced by Silk Road Theater Project and won the M. Elizabeth Osborn award. His play Back of the Throat (winner of LA Weekly’s Excellence in Playwriting Award for 2006), among others, have been published by Dramatist Play Service. Yussef is the recipient of the 2010 Middle East America Distinguished Playwright Award. 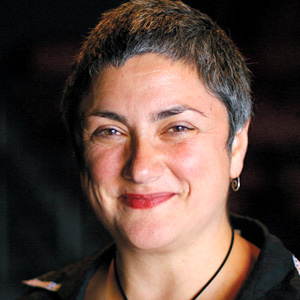 Torange Yeghiazarian is the Executive Artistic Director of Golden Thread Productions, the first American theatre company devoted to the Middle East, where she launched such visionary programs as ReOrient Festival � Forum, Middle East America (in partnership with the Lark and Silkroad Rising), Islam 101 (with Hafiz Karmali), New Threads, and the Fairytale Players. Torange’s plays include ISFAHAN BLUES, 444 DAYS, THE FIFTH STRING: ZIRYAB’S PASSAGE TO CORDOBA, and CALL ME MEHDI. She is currently under commission by Philip Kan Gotanda to adapt his seminal play, THE WASH to an Armenian setting. Awards include the Gerbode-Hewlett Playwright Commission Award (ISFAHAN BLUES) and a commission by the Islamic Cultural Center of Northern California (THE FIFTH STRING). Her short play CALL ME MEHDI is published in the anthology “Salaam. Peace: An Anthology of Middle Eastern-American Drama,” TCG 2009. Torange adapted the poem, I SELL SOULS by Simin Behbehani to the stage, and directed the premieres of SCENIC ROUTES by Yussef El Guindi, THE MYTH OF CREATION by Sadegh Hedayat, TAMAM by Betty Shamieh, STUCK by Amir Al-Azraki and VOICE ROOM by Reza Soroor, amongst others. Her articles on contemporary theatre in Iran have been published in The Drama Review (2012), American Theatre Magazine (2010), and Theatre Bay Area Magazine (2010), and HowlRound. Torange has contributed to the Encyclopedia of Women and Islamic Cultures and Cambridge World Encyclopedia of Stage Actors. Born in Iran and of Armenian heritage, Torange holds a Master’s degree in Theatre Arts from San Francisco State University. 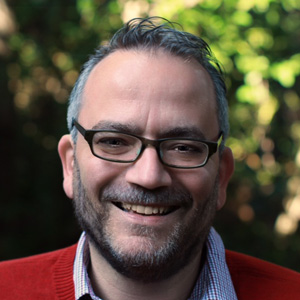 Dale Albright (Earl, Russell, Father Carol) is pleased to be appearing in his first Golden Thread Productions show! Dale most recently appeared as Mr. Antrobus in The Skin of Our Teeth at the Douglas Morrison Theatre and as Mason in Take Me Out at Dragon Productions (TBA Award, Outstanding Actor). He received a BATCC nomination for his work at New Conservatory as Tennessee Williams in Tennessee in the Summer, where he was also in the world premiere of American Dream. He has acted with Berkeley Rep (u/s Vanya in Vanya and Sonia and Masha and Spike), Pear, Dragon, DMT, City Lights, theatre Q, and more. Directing credits include Wonder of the World and Book of Days at DMT, The Pain and the Itch at Custom Made (TBA Award Nomination for Outstanding Direction), and various shows for Dragon Productions and theatre Q, among others. Dale works as the Program Director at Theatre Bay Area. 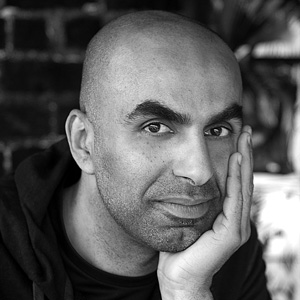 Munaf Alsafi (Sheikh Alfani) is a Bay area musician and actor. Born in Iraq, but raised in Alabama and Mississippi, he grew up on classical Middle Eastern music, Rock, Southern delta blues as artistic influences. New to acting and theatre, Munaf has performed as an actor for a variety of local groups, as well as local and national theatre festivals. 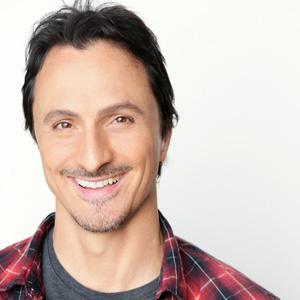 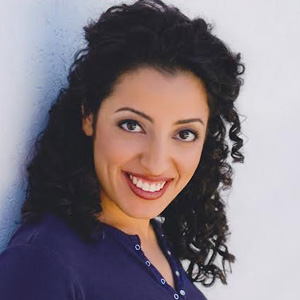 Denmo Ibrahim (Noor) is an award-winning actor and writer living in the Bay Area. Recent credits include assistant directing Othello (Cal Shakes), Claudio in Much Ado About Nothing (Cal Shakes), and Ahlem and Tyra in I Call My Brothers (Crowded Fire). Her first solo show BABA won Best Original Script (SFBATCC), and was nominated for Best Performance of a Solo Show (SFBATCC and TBA Awards). She has collaborated with multi-instrumentalist Carla Kihlstedt and OBIE-winning director Rinde Eckert in Necessary Monsters (YBCA). All-time favorite moments include understudying all female roles in Bill Irwin’s Scapin (A.C.T.), Intisar in George Packard’s Betrayed (Aurora Theatre), Katy in Thomas Bradshaw’s The Bereaved (Crowded Fire). She holds an MFA in Lecoq-Based Actor Created Physical Theatre from Naropa University and a BFA in Acting from Boston University. She is a founding artistic director of mugwumpin. Next up: Nana in the world premiere of A Thousand Splendid Suns at A.C.T. adenmoproject.com 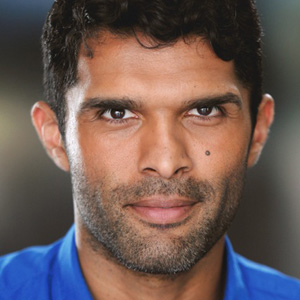 Kunal Prasad (Mohsen) is a Bay Area native and received an MFA in Acting from The American Repertory Theater at Harvard University. He is a long form improviser and trail runner. He has performed at Berkeley Repertory Theater, City Lights Theater Company, Magic Theatre, New Conservatory Theatre Center, and Un-Scripted Theater Company. Recently he played Kamal in An Evening With Activists by Yussef El Guindi, and The Poet in A Dreamplay by August Strindberg at The Cutting Ball Theater. Other favorite theater credits include: HIStory at |the claque|, homeward at Red Fern Theatre Company, Julius Caesar at Centre Dramatique National d’Orléans, Room and Celebration at The American Repertory Theater. 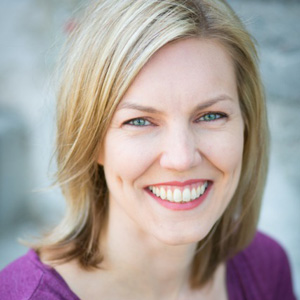 Annemaria Rajala (Olivia) is thrilled to be working with Golden Thread. Previous Bay Area credits include Mrs. Andersen in A Little Night Music at A.C.T, Mama Sid in The Fourth Messenger at Ashby Stage, and Hedwig #5 in the very first Boxcar production of Hedwig and the Angry Inch. Annemaria was born and raised in Finland. She holds a BFA from New World School of the Arts in Musical Theatre Performance. She was a core company member of the New Theater in Miami, FL where she played over a dozen leading roles, including Joan of Arc in Saint Joan, Portia in The Merchant of Venice, Hermione in The Winter’s Tale, and Meta in Times Like These (Carbonell Nomination: Best Actress). She performed with many other Florida companies as well, including Actors’ Playhouse, Women’s Theatre Project, Miami Light Project, and Mosaic Theatre. Annemaria is a member of AEA, and mama to baby Cole. 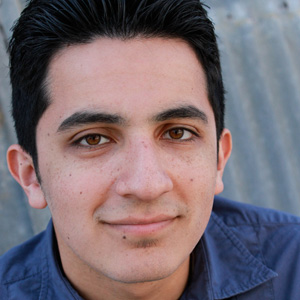 Salim Razawi (Hani) is thrilled to return to Golden Thread where he was last seen as part of the ReOrient readings. He most recently performed in Book of Liz at Altarena Playhouse and toured the Bay Area in the world premiere of Rickshaw Girl with Bay Area Children’s Theatre. In addition to these, Salim has performed with TheatreWorks, Broadway By the Bay, Pacific Coast Repertory Theatre, Berkeley Playhouse, Tri-Valley REP, Tabard Theatre, Livermore Shakespeare Festival, and SF Shakespeare Festival. When not on stage, Salim is a director, teaching artist, and stage manager for multiple theatre companies throughout the Bay Area. He would like to thank his Rickshaw family for their constant love and support. He can also be seen on a featured TEDx Talk. More at salimrazawi.weebly.com.