Golden Thread ensures the discovery and development of new playwrights and plays through four distinct programs. 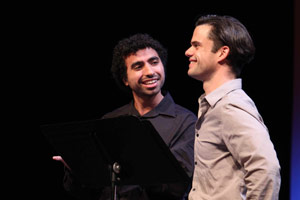 New Threads is an annual staged reading and workshop series that engages its audience in the process of playmaking and allows writers of Middle Eastern and non-Middle Eastern descent an authentic and supportive space to develop work about the Middle East. Many of the New Threads plays continue on to receive main stage productions. Find out more about New Threads. 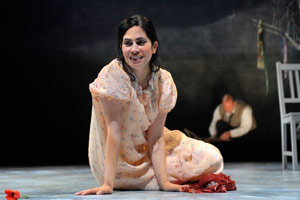 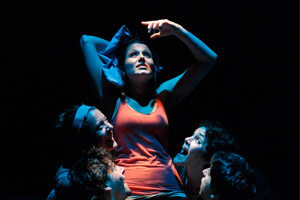 Inspired by the process of alchemy, the Kimia program facilitates multi-year collaborations that explore rare themes and/or bring together unlikely creative partners. Examples include Benedictus (2007), an international collaboration among Iranian, Israeli and American artists to create a play exploring the political stalemate among the three nations; Ecstasy | a waterfable (2008) was a commission to Egyptian-American writer Denmo Ibrahim to create an ensemble-generated performance inspired by a Sufi fable; and Love Missile (2003), an anti-war musical developed by Hal Gelb, Torange Yeghiazarian, and puppeteer Janaki Ranpura. 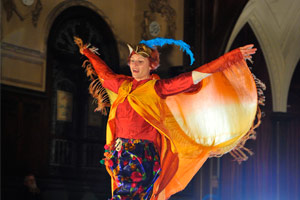 Islam 101 is an initiative to create dynamic, colorful, and family-friendly repertoire of plays inspired by Islamic art and philosophy that build cultural bridges between Muslim and non-Muslim communities. Islam 101 plays include Rumi x 7: Tales From the Masnavi by Hafiz Karmali and The Fifth String: Ziryab’s Passage to Cordoba by Torange Yeghiazarian.